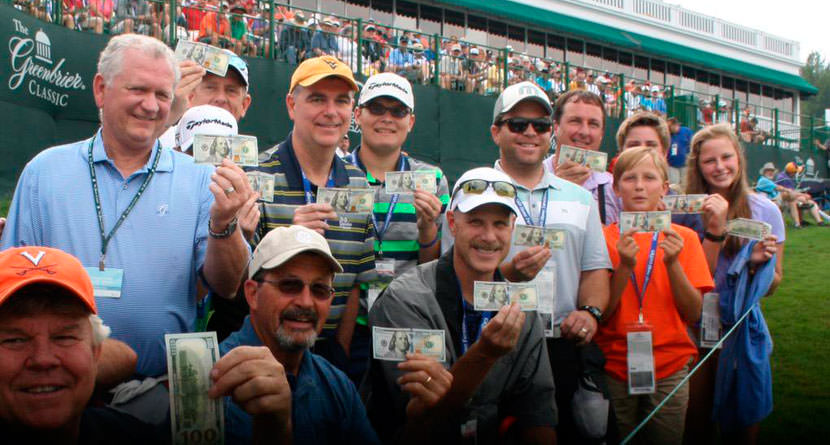 The Greenbrier Classic made headlines in 2015 when resort owner and now-West Virginia governor Jim Justice promised fans seated around the Old White TPC’s par-3 that if a hole-in-one was hit, he would hand out $100 to everyone in attendance. If a second ace was hit, everyone would receive $500.

As fate would have it, George McNeill jarred one earning the fans $100 and Justin Thomas followed that up with an ace of his own later in the day. The pair of aces reportedly cost Justice just shy of $200,000.

Being the businessman that he is, Justice took out an insurance policy so that his charity, Old White Charities, Inc., wouldn’t have to foot the bill. The only issue was that the 18th hole measured 137 yards on that day, which a 4th U.S. Circuit Court of Appeals said was too short to insure.

The Associated Press had the full report.

Most golfers like short par 3s, but West Virginia Gov. Jim Justice probably wishes No. 18 at the Greenbrier Classic in 2015 was a little longer – 33 yards longer to be exact.

The charity took out an insurance policy on the payouts, but a federal appeals court says the policy only covered holes at least 170 yards long.

Old White Charities Inc. accused the insurer of breach of contract for not covering the payout, but the 4th U.S. Circuit Court of Appeals rejected that claim.