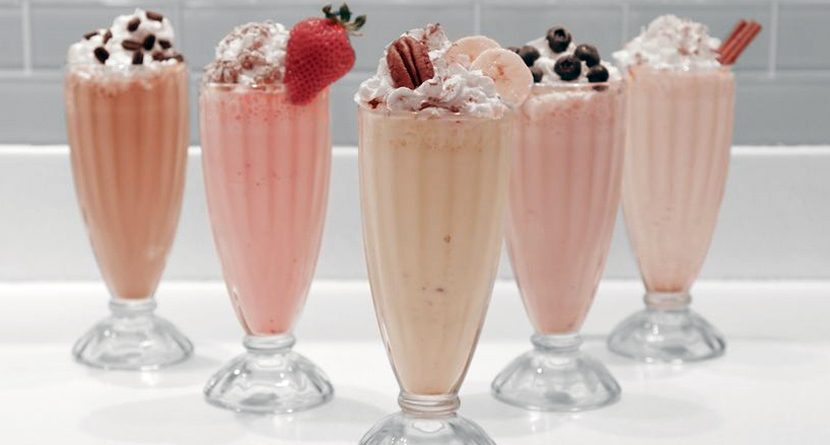 In honor of this week’s President’s Cup I thought I’d take a minute to talk about one of the special traditions at Muirfield Village Golf Club where the matches are being held this year. One of the things I’ve learned from traveling around the country and visiting golf clubs is that many clubs have a special tradition or unique specialty item that plays an integral part of the club experience and Muirfield Village is one of those clubs.

Related Link: 9 Things You Need to Know About the Presidents Cup

Before Jack Nicklaus was an icon of golf and a superstar on the PGA Tour he was just a kid in Columbus, Ohio who’s dad owned a few pharmacies. Jack’s first job was working as a soda jerk for his dad.  I suspect that spending his non-golf hours behind the lunch counter in the 1950s he did what any red-blooded American kid would do . . . he developed a deep affinity for milkshakes.

20-some-odd years later when he opened his own golf club, Nicklaus channeled his inner teenager and made the signature item in the grill room a good old fashioned all-American milkshake. After a round on a hot day I have to admit that a milkshake really hits the spot, so it was a pretty great idea on Nicklaus’ part.

The PGA Tour pros think its a pretty great idea as well. I love hearing the reports in the media and from the players themselves on Twitter during The Memorial Tournament each year about how many, and what flavor, they are consuming over the course of the tournament.

When I played Muirfield Village I couldn’t wait to get a milkshake after the round. When we sat down to order I found that there was no menu and that the staff was more than willing to blend up anything I could think of. Unfortunately, when put on the spot, I wasn’t very creative and went with a fairly standard chocolate and banana shake. A few minutes later it was delivered to the table and there was nothing standard about it at all. It’s hard to articulate how a milkshake could be so much better than the offerings at your local fast food establishment, but believe me it was.

I normally try to post a recipe for my “Grill Room” posts, but in this case I don’t think its necessary. Get your favorite ice cream, some milk, throw in your favorite fruit, syrup, or other sweet treat and blend it all up. Once its nice and smooth, pour the concoction in a glass, get yourself a flexi-straw, and kick back to watch the Presidents Cup matches.

For more than six years The Itinerant Golfer has been the leading source for information on the greatest golf courses in America and has been the editor in chief of GolfTripper.com, the #1 online information depot for premiere golf destinations across the United States.