Grin and Bear It: Baylor QB Throws Club At Simulator 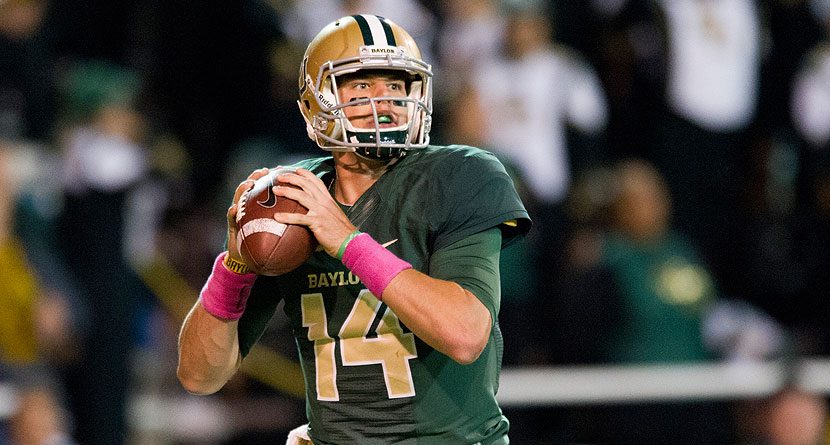 Quarterback Bryce Petty was given the keys to the high-powered Baylor offense after Robert Griffin III was drafted second overall in the 2012 NFL Draft, and he now enters the 2014 season as a Heisman favorite.

In preparation for the season, Petty apparently enjoys throwing not only footballs, but golf clubs as well. He posted this video of himself in a golf simulator, and it’s probably the last one he’ll post too.

His swing isn’t all that bad, but his grip is. Quarterbacks are supposed to have big hands, right? Apparently not big enough to hold onto a golf club.

I’m sure everything will be fine, though. Petty will make a living throwing balls, not hitting them.

Other Hot Links:
– Back9Network Launches On DIRECTV Sept. 29
– Bubba Watson Gets Awesome Ryder Cup Shoes From Oakley
– The Fringe: John Daly Is A ‘Real American’
– Factory Worker Qualifies For The Open With Borrowed Clubs
– Tweek in Review: The Week’s Best Tweets
– The Dufners Had A Better Fourth of July Than You
– The Breakdown: The Numbers Reveal 2014’s Hottest Golfer