Grip It And Sip It: John Daly Promoting Line Of Beverages 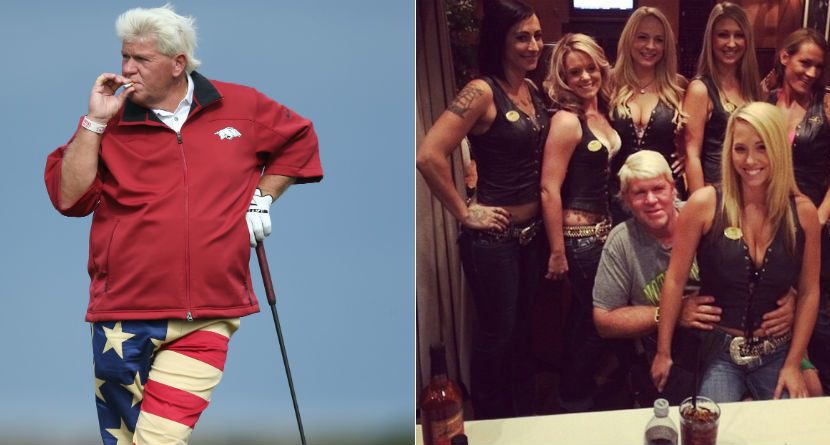 The next time you visit Outback, Holiday Inn or your local Hooters restaurant, you’ve got another option for beverage choice — The Original John Daly Cocktail made by GIASI Beverages.

That’s right, Daly has his own line of adult beverages including sweet, peach and raspberry teas all mixed with lemonade and infused with vodka. Currently, he’s on tour in South Carolina promoting the brand.

Playing on Daly’s “grip it and rip it” mentality on the golf course, the beverage company’s name is an acronym of “grip it and sip it”.

GIASI Beverages was launched in 2010 and has formalized the Daly beverage brand. Its headquarters share a space with the original Hooters building in Clearwater, Fla.