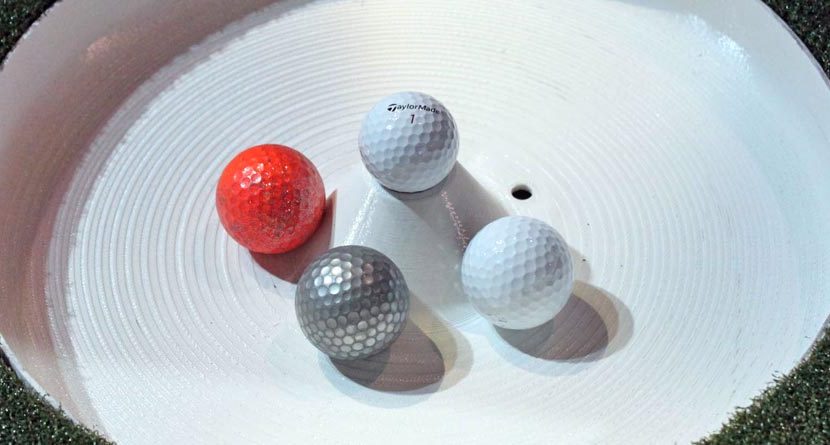 Golf is hard… really hard. There’s no doubt about it, but that’s what makes it fun right? There’s nothing like going out and trying to break 80, or setting a new personal best. But some think the sport is too challenging for the average golfer, which is why so many have focused on making the game more enjoyable for everyone.

Hack Golf, with the support of TaylorMade Golf and PGA of America, has accepted that challenge, pushing a new idea that’s unlike anything we’ve ever seen.

The answer to the problem of golf being “too difficult” may lie in the size of the cup, which currently boasts a diameter of 4.5 inches. So TaylorMade CEO Mark King came up with the idea of increasing the size of the cup by nearly four times, bringing the diameter up to 15 inches. The hope is to attract more golfers to the game, speed up lengthy 18-hole rounds, and increase the number of birdies and eagles, making the game more enjoyable. After all, who wouldn’t love to circle more numbers on their scorecard?

This plan to give golfers the chance to test out bigger cups was put into action at the Pauma Valley Country Club in California late last month (as seen in the video above), and again this week at the Oconee Course at Reynolds Plantation in Greensboro, Ga. And it wasn’t just amateur golfers who test-drove the new idea – Justin Rose and Sergio Garcia, who are both ranked in the top 11 of the world rankings, got a chance to post some low scores at the event, as well.

Serg and me warming up at Reynolds Plantation for 9 holes with 15″ cups! #1putt #NeededThemAtAugusta

Rose and Garcia played the nine-hole course with 15-inch cups, shooting 33 and 30, respectively. It may not seem like those numbers are a huge improvement on their usual scores, because they’re not… but that’s to be expected. PGA Tour players aren’t the target for this new idea; it’s meant for juniors and new golfers who have little golf experience.

We’ll never see 15-inch cups on tour, which isn’t a bad thing. These guys are good enough to shoot under par consistently with 4.5-inch cups. Why would they need a cup nearly four times larger?

Over the next two weeks, 20 golf courses across the country will be participating in the test of these 15-inch cups, with 80 more courses expected to join by the end of May. Although we may never see a complete adoption of larger cups across courses nationwide, it’s a step in the right direction to make golf more fun.