#Hashtag Hijinks: Keep It On The Web 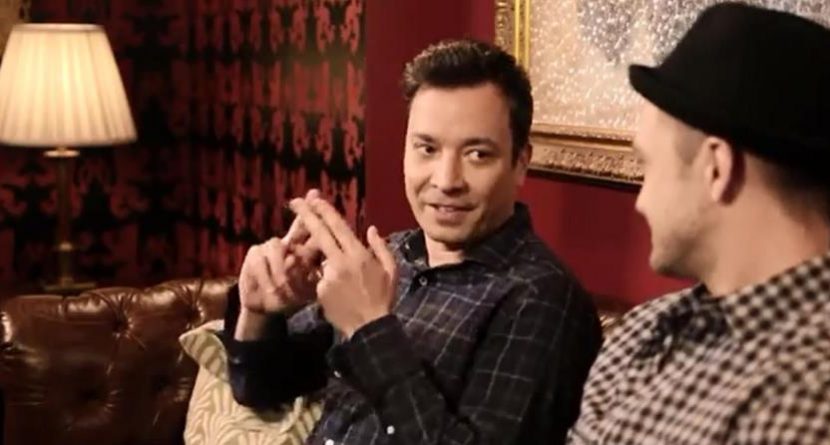 By now, you’re probably one of the 11 million viewers on YouTube to see the video “#Hashtag” featuring Jimmy Fallon and Justin Timberlake. The hilarious duo displays how utterly ridiculous hashtags actually sound in a conversation. Now, I admit I’ve been guilty of posting a hashtag (or two) out there on the web. However, the whole notion can be a bit much. I think there should be certain considerations such as quantity and quality when using the old hashtag.

For instance, I think that more than, let’s say, seven hashtags is probably four too many. I understand that people use hashtags for a number of reasons, but honestly I think we can all agree it’s mainly to be clever right? And for this I plead for brevity, (says the girl who is fond of run-on sentences, #irony! Haha). Sometimes hashtags are so long they become too frustrating to read. And #YOLO or #Winning should probably be retired from everyone’s hashtag repertoire. Both are fun but dangerously overused.

What I can’t get enough of is #love and apparently the same goes for everyone else. According to my very own highly-sophisticated research, (I Googled it), love is the No. 1 most-often used hashtag on social media. In case you were curious, #selfie came in at No. 36, which actually surprised me because I certainly come across a lot of #selfies on Instagram/Twitter/Facebook. And #lol followed as the 37th most popular.

Just as the video clip suggested, using hashtags outside of the Internet is pretty comical. I have a girlfriend who once dated a guy for whom we coined the phrase #coolguy. He insisted on using the # in his texts on a regular basis. For instance, he would text “interested in grabbing food? #starved #upick #Needtofuelthebod.” I wish he was kidding but sadly, I’m afraid he was dead serious.

#Coolguy and my friend inevitably became #donezo after several weeks. The moral of this story: Don’t use a hashtag outside of the World Wide Web, unless it’s for joking purposes of course!

Alison Waite began hosting a weekly Fox show called MyTv at the age of 15. Upon graduating high school she fulfilled her dream of moving to CA to attend college at San Diego State University, earning a Master’s of Science Degree in Gerontology. Alison hopes to someday combine her interest in the social/psychological implications of aging and hosting. She also enjoys comedy and is always looking for the funny, which is evident in her hosting and improv abilities.