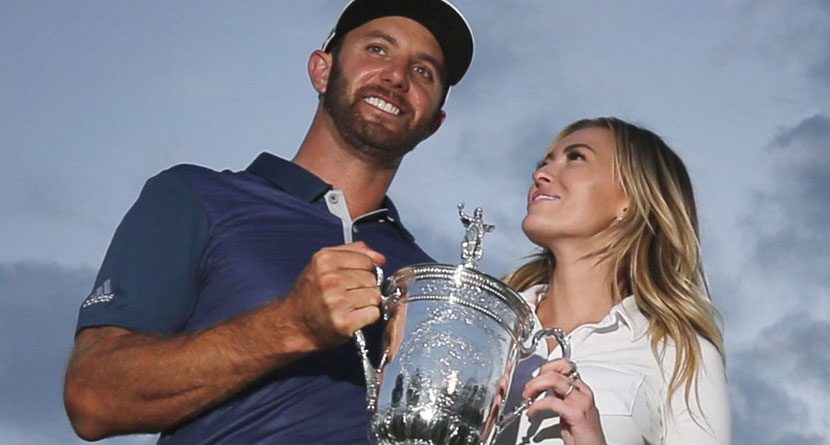 Dustin Johnson is one of the four top golfers in the world not in Rio this week for golf’s return to the Olympics. While Jordan Spieth and Jason Day have stayed under the radar to this point, Rory McIlroy has been dragged into the scrum by some Irish Olympians and now DJ has caught the ire of some keyboard warriors on Instagram.

Taking some time off after a grueling past few months in which he won his first major championship at the U.S. Open, Johnson is enjoying a vacation with his financée, Paulina Gretzky, and some friends. While DJ isn’t one for social media, the same can’t be said about Gretzky who enjoys her life and enjoys sharing it with the public.

I got 99 problems but you won’t be one @djohnsonpga


Paulina also reads the comments, which is rarely a good thing, unless you decide to lay waste to some internet haters going after your significant other.

@BarstoolTrent Paulina bringing the heat in the comment section. pic.twitter.com/AosVpfgqBc

That’s what you call having your man’s back.