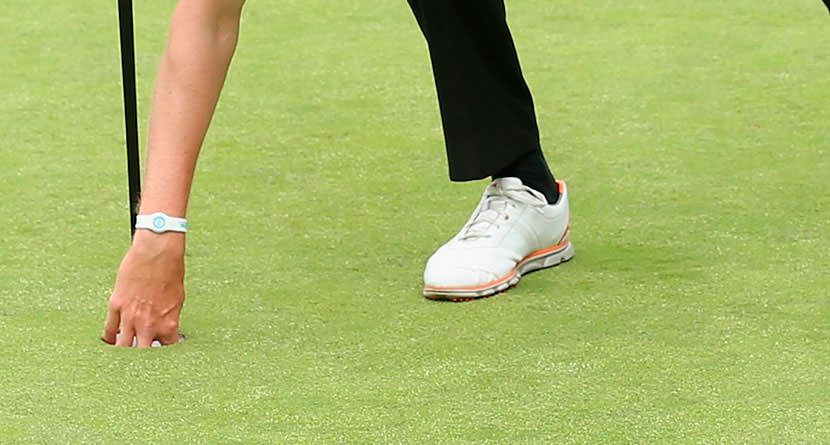 Some people go their entire lives without hitting a hole-in-one. For one Pennsylvania high school senior, he had to wait about 40 minutes between hitting his first two.

Ben Tetzlaff, a senior from Parkland High School in Allentown, Pennsylvania, was playing a 9-hole practice round earlier this week when he bucked 67-million-to-1 odds and dunked two aces in the same round. The story made national news, even being shared on ESPN’s nationally-syndicated Mike & Mike in the Morning show.

Mark Wogenrich of The Morning Call had the full details of the incredible feat.

When his second hole in one fell Monday afternoon, Ben Tetzlaff fell to the ground, saying, “What the heck just happened?” A day later, the Parkland High golfer remained stunned.

“I still can’t believe it, and I was the one who did it,” Tetzlaff said. “So I can’t imagine being someone who didn’t see it trying to believe it.”

Tetzlaff, a 17-year-old senior, accomplished a rare feat Monday, making two holes in the same round of golf. In fact, he did so playing just nine holes in a practice round with his Parkland High golf team, acing the second and sixth holes at Iron Lakes Country Club in North Whitehall Township.

According to the National Hole-in-One Registry, the odds of Tetzlaff’s achievement are 67 million to 1, about six times greater than winning a $1 million Powerball prize. Parkland golf coach Scott Levan witnessed the second hole-in-one but missed the first, though he did hear Tetzlaff shout, “Oh my gosh, did it go in?”

“I know a couple guys who waited 60 years between holes-in-one, but I’ve never seen someone wait 40 minutes,” Levan said. “I’ve never had one, so I still have a shot to beat his record.”

Tetzlaff, who has been playing golf for five years, had not made a hole-in-one before Monday. First, he hit a gap wedge to Iron Lakes’ 104-yard second hole, watching the ball spin close without seeing it fall.

After pocketing that golf ball for safekeeping, Tetzlaff then hit a 9-iron to the 140-yard sixth hole. That shot took a “perfect line,” he said, bounced once and disappeared.

“My friend [and witness John Angelella] sprinted around the water, he saw the ball in the hole and I fell to my knees,” Tetzlaff said. “It was like, What the heck just happened? How do you do that? It’s not a natural thing.”