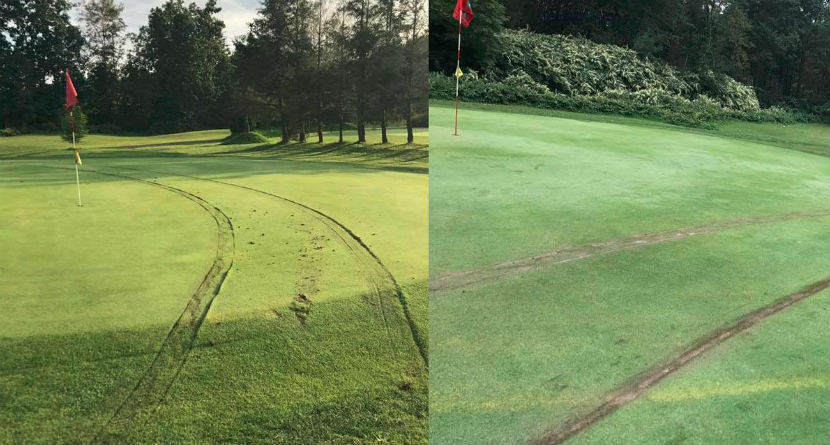 A high-speed car chase ripped through a New York golf course damaging six greens. The terrifying scene unfolded on Monday after a 79-year-old man avoided a traffic stop by local police. He hit the gas pedal and led them on a pursuit that ended on Golden Oak Golf Course in Windsor.

Press Connects has the full report:

Freddie P. Maliwacki Sr. is accused of speeding at 93 miles per hour I-81 in Kirkwood near the Pennsylvania state line, shortly after 4 p.m., and a trooper tried to pull him over by activating emergency lights and a siren.

Maliwacki refused to pull over, troopers said, and continued driving his 2010 Toyota Corolla. According to Broome County law enforcement officials, officers are permitted to pursue a vehicle when they attempt a lawful stop and the vehicle refuses to comply. Various factors such as speed, weather and traffic conditions are taken into account.

A New York golf course saw six of its greens get damaged in an off-road police chase: https://t.co/S2pCosEcKx pic.twitter.com/KuEj6YVMpJ

The pursuit Monday was monitored by supervisors the entire time, according to state police. It continued on rural roads in Kirkwood and Windsor, but ended when a Broome County Sheriff’s deputies deployed a spike strip on Route 79 in Windsor to deflate the tires on Maliwacki’s vehicle.

Still, Maliwacki continued driving into the golf course on Route 79 until he struck an embankment and became disabled.

In an optimistic post, Golden Oak said the damage “could have been much worse.”

By way of an update, according to Golden Oak’s Facebook page, play resumed the same day and the greens appear to be just fine.