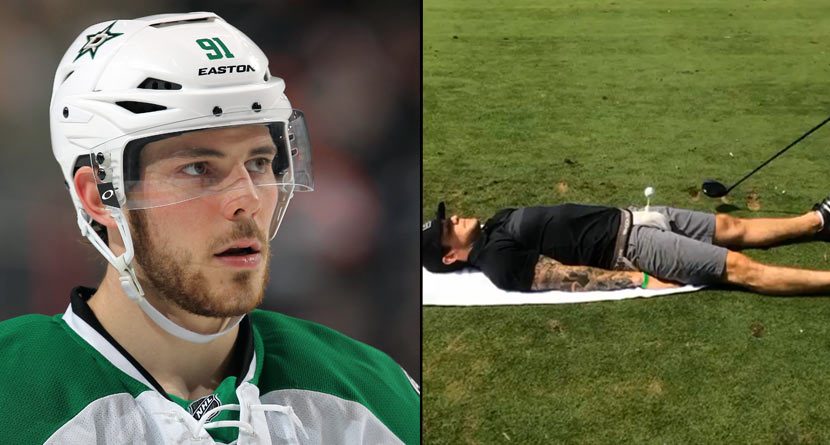 Tyler Seguin is one of the best young players in the NHL. At just 22 years old, Seguin has already been in the league for four years and was a part of the 2010-11 Stanley Cup champion Boston Bruins.

Despite being a veteran in the NHL, Seguin is still super young and thus, susceptible to the temptation of heinously stupid behavior. This was on display during his charity golf tournament recently, when he became the latest person to allow someone to hit a shot off their body:

“Didn’t think this would be happening at my first golf tourney. Thank god he was a pro. Awesome day big shoutout to the 150+ people that came #tfpclassic #charity #golf #nhl”

I guess Seguin can be forgiven since he thought to wear a cup for the stunt, and it was at a charity tournament, doing some good in the community. That being said, I’m sure the next time he negotiates a contract in the NHL, there will be a stipulation about not doing things like this.