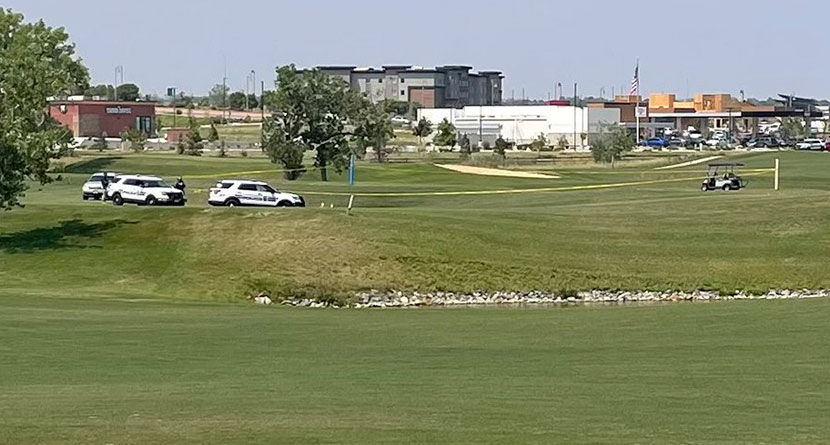 A “leisurely day” on a Colorado golf course turned into an active crime scene for many golfers as police pursued and engaged in gunfire with a homicide suspect at Thorncreek Golf Course, 20 miles north of Denver.

Golfers were out in full force on a nice Wednesday afternoon when the suspect, who had been chased by police, crashed his car near a boundary fence and made his way on foot through the driving range on and onto the golf course.

Officers from the Northglenn Police Department were in hot pursuit, shouting at golfers to clear the area and take cover. According to witnesses, officers chased down the suspect before he turned wielding a handgun and fired a shot at the officers.

“The suspect produced a firearm and shots were exchanged. The suspect was struck by gunfire and was transported to a local area hospital where he was pronounced dead,” a press release from the Northglenn Police Department said.

“(It was a) leisurely day then boom boom boom, 100 yards from us. We saw the whole thing go down,” witness Jeff Isenhart told KDVR.com. “He’s walking along, five officers give him orders to get down, get down. He turned around, fired one shot at the officers, they fired back. Dropped him right there.”

No officers were injured.

Barbara and Kevin Green live across the street from Thorncreek Golf Course and told 9News.com that it was a “weird day” and “a sad situation all the way around.”

No further information on the suspect were given aside from the fact that he was male.

The suspect’s identity will be released by the Adams County Coroner’s Office once next of kin are notified.