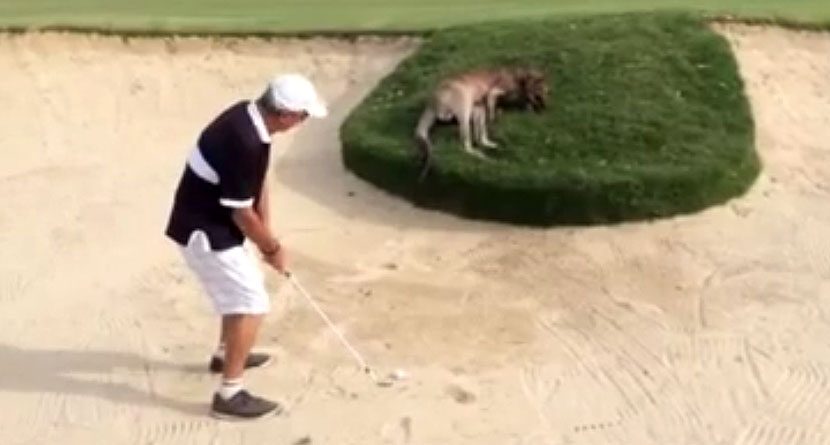 This may not be the first time a wild animal has invaded a golf course, but it is one of the strangest. A couple of golfers in Australia came across a kangaroo sun bathing on the face of a bunker, minding its own business. The only problem was that the player’s ball was in that very bunker.

Now, normally you’d expect the kangaroo to hop away in fear of the scary man with a golf club, but that was hardly the case. It continued to soak up some sun and eat some grass while the guy played his bunker shot.

Even after getting a face full of sand, the kangaroo still laid there as if nothing happened. The golfer even went up and played his shot just inches away from the kangaroo … hardly a flinch.

This guy’s just lucky he didn’t get punched.

Related Link: Grin And Bear It: Cub Has A Blast With A Flagstick