How Fast Should You Swing, According To Your Handicap 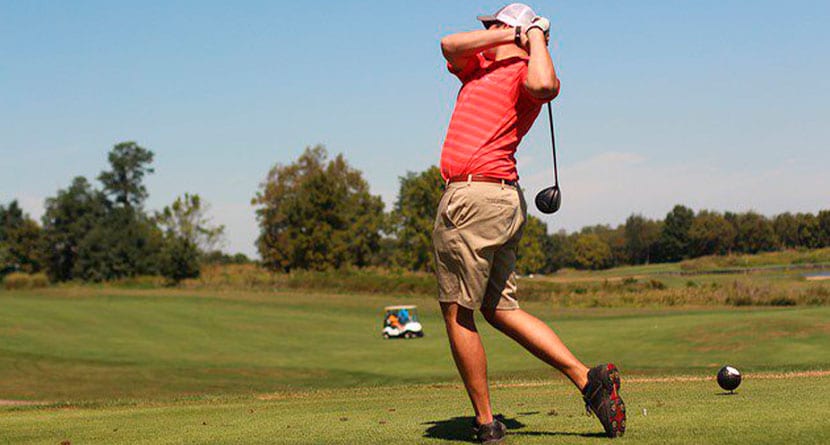 Part of the beauty of the game of golf is the ability for anyone to be able to compare themselves directly to the best players in the world given the data and technology available at most golf shops around the world.

The advent of launch monitors has vastly simplified and expedited the process by which pros and amateurs alike are not only able to dial in their equipment, but also get an apples-to-apples comparison as to where they stack up in the grand scheme of golfers.

With that being said, there are still some metrics that are harder than others to pin down out in the wild. For example, it’s pretty simple to ascertain how far you can hit a certain club given the game is predicated upon hitting certain shots certain distances, however, more advanced technology is required should you be interested in seeing just how fast you’re swinging your club or how fast the ball is moving after impact.

These numbers require loads of data that can only be picked up by sophisticated machines, such as a Trackman launch monitor.

Unsurprisingly, the Danish-based company are data freaks and have used their considerable market share to educate golfers on the correlation between swing speed and handicaps, which can give golfers a better sense of where they stand in the pecking order of swing speed, distance and scoring. 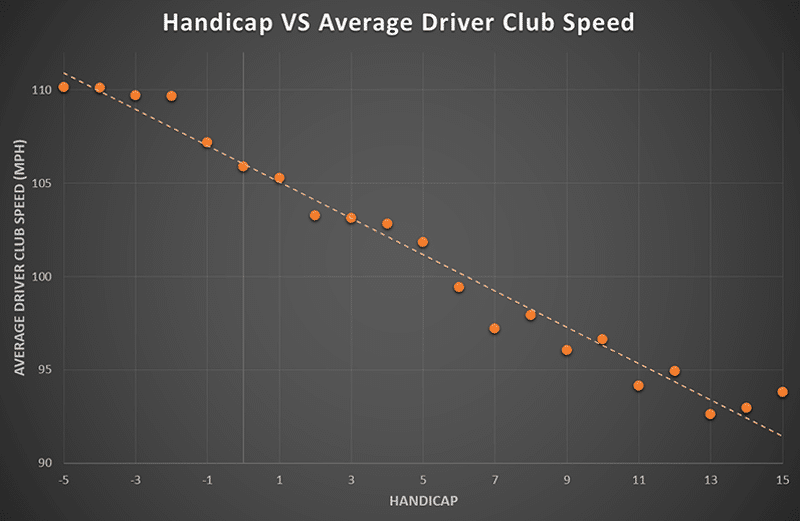 While it’s not a shocking development, it’s easy to see how swing speed and distance directly correlates to lower scores on average.

A few takeaways of note:

If you’re looking for more data similar to this, Trackman does a great job of making it readily available. For example, here’s the average numbers for a PGA Tour pro through the bag. 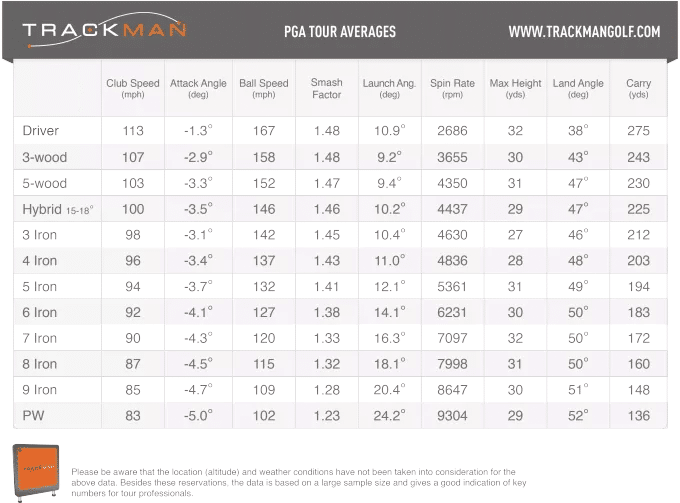 Data breeds knowledge and knowledge is power. This is just one of many ways to see where your numbers stack up, which in turn allows you to start to draw some conclusions about your own game.

Are you getting more out of your swing speed than your handicap peers? Less?