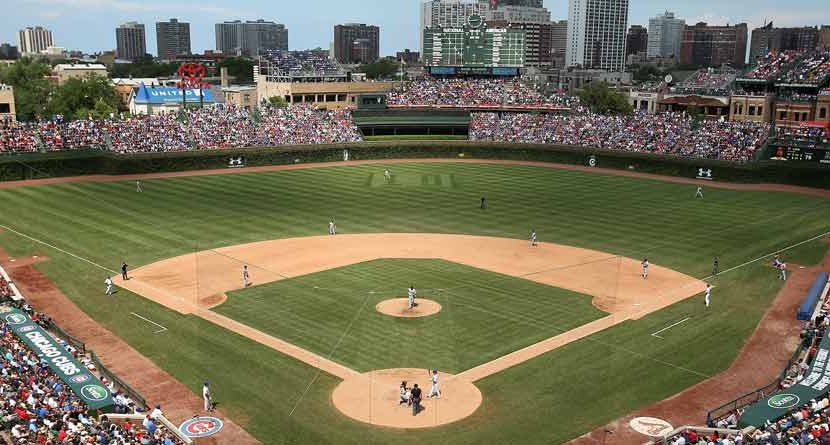 Wrigley Field holds history and tradition unlike any other ballpark in baseball, and Wednesday the Chicago Cubs were able to make the Friendly Confines the home of the world champions for the first time in the stadiyum’s history. On April 23, 1914, the then-named Weegham Park hosted its first game: the Chicago Chi-Feds against the Kansas City Packers. 102 years later, Wrigley Field stands as the second-oldest ballpark in baseball — behind only Fenway Park in Boston — and it can finally be called the home of the World Series Champion Chicago Cubs.

The prominent history of the field includes playing host to much more than just “America’s pastime.” In fact, it’s hard to name a sport that hasn’t featured action at Wrigley:

That’s right. Golf has been played in Wrigley Field. In 2011, Dustin Johnson and “Mr. Cub,” Ernie Banks, took part in a fundraiser event where each of them took turns hitting golf balls to a target in left field. The goal was to sink a hole-in-one for a $100,000 donation to the Evans Scholars Foundation, but unfortunately neither Banks nor Johnson were able to do so.

One of the greatest traditions at Wrigley Field is the singing of “Take Me Out to the Ballgame.” Northwestern alum and golf pro Luke Donald joined a long list of celebrities and athletes to step to the mic for this ritual in 2010, when he sang during a Cubs game and later for an Illinois-Northwestern football game. Donald also took on the tall task of throwing out the first pitch for the baseball game.

Joining Donald on the list of people to sing “Take Me Out to the Ballgame” at Wrigley is comedic legend and golf nut, Bill Murray. He sang during the Cubs’ home opener in 2012, doing the song great justice. After all, would you expect anything less from him?

Here are some of the most famous (and infamous) renditions of “Take Me Out to the Ballgame.”