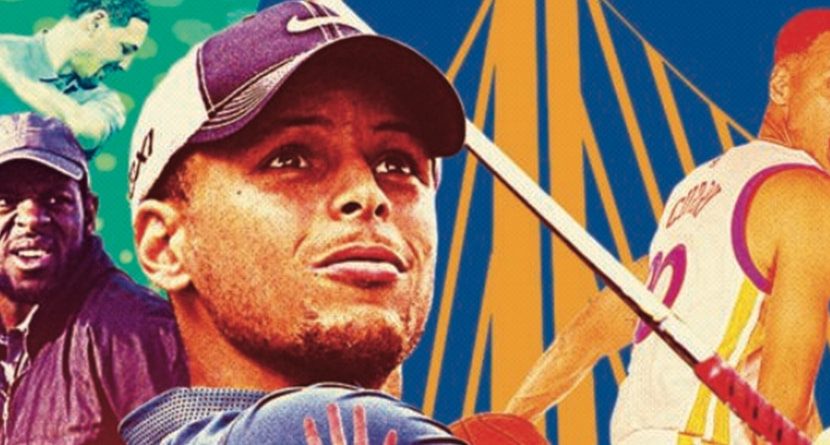 Behind every great team is a tee time.

Okay, maybe that’s not true all the time, but it seems to be the case for the defending NBA Champions, the Golden State Warriors. Alan Shipnuck filed a report for Sports Illustrated detailing the team’s love affair with golf and how the game continues to help the team as they march towards their second consecutive title.

“Golf is a big part of the team culture,” Iguodala told me at the team’s practice facility in Oakland. He’s only been playing for about two years, but is a self-described “junkie.” He can rattle off the top five players in the world—female players. He hits the range every non-game day, and routinely shows up at practice in his golf togs. A fast learner, he shot a nifty 86 at Augusta, but he’s quick to add, “I’ve got a long ways to go to catch up to that guy.”

“That guy” is Curry. On this day, he was engaged in a putting contest on the hardwood with Lydia Ko, who had dropped by a Warriors shoot-around as part of an LPGA publicity tour. “I haven’t seen Steph that excited in a while,” said a Golden State front-office official. “And if he’s excited, then all of us get excited.”