How To Play Wolf 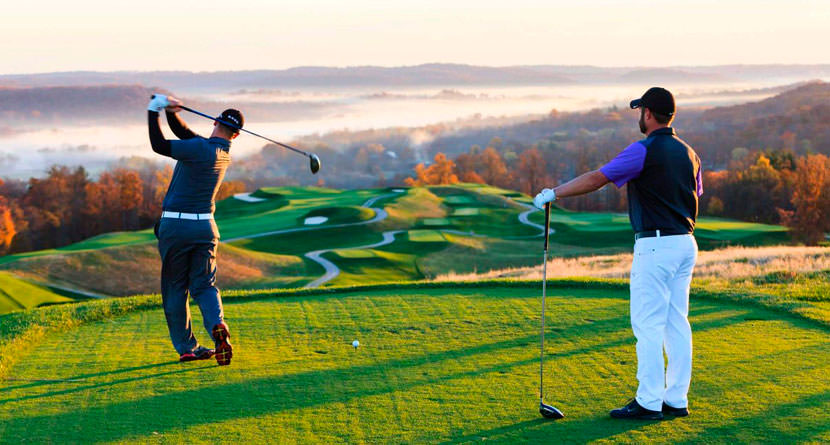 The game of Wolf is the perfect way to let the full personality of your group show. The game will change up teammates as players alternate who will be their partner for the hole. Mental fortitude is required as risk plays into every decision when you are the Wolf. Needing to factor in handicaps or waiting to see who can bomb it off of a given tee, Wolf employs a certain level of strategy that is as important as skill in this money game.

If your group is seasoned and looking to add something to the regular, somber stroll on the links, give Wolf a try.

Wolf is perfect for a foursome of players. The low score on the hole wins points, with the dollar amount set at the beginning of the round. Players draw to see the teeing order with the player drawing the first spot acting as the “Wolf” on that hole. The player drawing second will be the Wolf on the second hole with the process repeating for the final two players in the group.

On the fifth hole, the order restarts, so if you are the wolf on the 1st hole, you will be the Wolf on holes 5, 9 and 13, making holes 17 and 18 are a wildcard. The group typically allows the player with the lowest point total to be the Wolf on these holes, which gives them a better chance to make up some of the deficit.

The designated Wolf always plays first off of the tee regardless of the previous hole’s scores and the order of the draw follows. Once the second player has played, the Wolf may select him as a partner if he feels the tee shot is good enough to give them a chance at a winning a two-man best ball score.

If the Wolf thinks either the player teeing off third or fourth will give him a better chance to win the hole, he can wait for them to tee off, but once the next player in the order has teed off, the Wolf loses the opportunity to partner up with a player who has previously hit, which in this example would be the second player.

After the entire group has played, if the Wolf likes his chances at posting a score better than the best ball of the rest of the group, he may declare going “Lone Wolf” and will be playing against the other three members of the group.

This scenario gives the player going solo a chance at 3 points (winning a point from the other three players) or losing 3 points. The decisive and timely nature of the Wolf’s decisions add pressure and all players in the group are guaranteed to feel it.

Should the Wolf decide to partner up with any of his three playing partners, those two players will be on a team for that hole only, playing two-man best ball for a point a piece for each member of the foursome.

NOTE: Some groups triple the points being wagered if the Wolf plays solo and declares so before seeing any other shots, also known as going “Blind Lone Wolf.”

In another variation of the game, some groups require the Wolf to declare “Lone Wolf” after they have played their tee shot and before anyone else tees off. In this instance, if the Wolf passes on players 2 and 3, he is automatically paired with player 4 (based on teeing order) making the decision to play solo even riskier.