How To Play The Golf Gambling Game “Vegas” 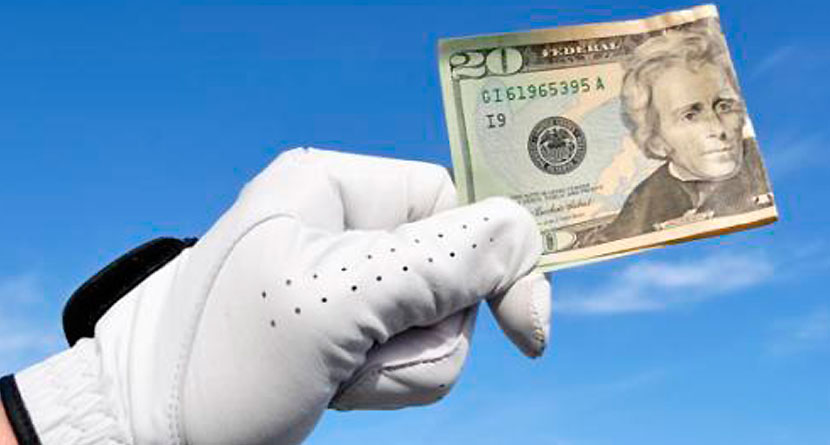 Need a game for the group that is possibly the most exhilarating and wallet-emptying? If that’s the case, try Vegas and bring all the chaos of a casino floor into your foursome.

The key to being able to enjoy this game is setting the ground rules — making sure all players are aware of the format ensures no awkward 19th hole antics. Vegas can get messy if a player or team feel slighted with the points/dollars changing dramatically hole- to-hole at times, so it is also a good idea to play with a group that is very familiar and comfortable.

Here’s an easy-to-follow outline to help you play Vegas and feel like a high roller.

Vegas is played within a foursome and the four players comprise two teams. Ideally, the foursome can be broken into two equally-skilled teams. The game can be played with or without handicaps, but the use of handicaps is a great way to equalize what could be a weaker team playing at scratch.

There is no hiding in Vegas. Every player has to hole out and their score counts. Hole scores are used to form a two or three digit number with the lower score representing the first integer (exception: double-digit scores are recorded first*) For example, Player A has a bogey 6 and Player B has a birdie 4. Their team score is 46. On the same hole, Players C and D each scored a 5, par for the hole, resulting in a team score of 55.

Relative to par the teams are tied, however in Vegas the team of A&B is up 9 points.

*Just like in Las Vegas, this game has many variations and adjustments that are often played. Some groups don’t allow double-digit scores for a single hole, ie. a stroke limit of 9. Other groups play with double-digit scores. If that’s the case, the double-digit score is always recorded first. For example, Player A scores a 5 and Player B has an 11. this results in a team score of 115.

A score of 511 in the previous example would be nearly impossible to come back from, but it could actually happen if the group decides to play with “The Flip.”

A flip comes into play when a team scores a lone birdie on a hole. In this scenario Player A has a birdie, 3 and Player B a par, 4. The other team of Players C and D scored a 4 and 8 respectively. Normally, the team score for C&D would be 48, but with The Flip in play, they now have a score of 84 — a 36 point swing!

Vegas isn’t done yet. Another variation that is commonly played calls for lone birdies to double the point value — eagles triple the value — of the hole. So now that 36 point difference after The Flip was worth 72 points after the birdie double-up!

Vegas is perfect when you crave a chance to win big. Make sure the group has the fortitude and money to handle going bust with the swing of every club.