Howard Stern Is Good For Golf 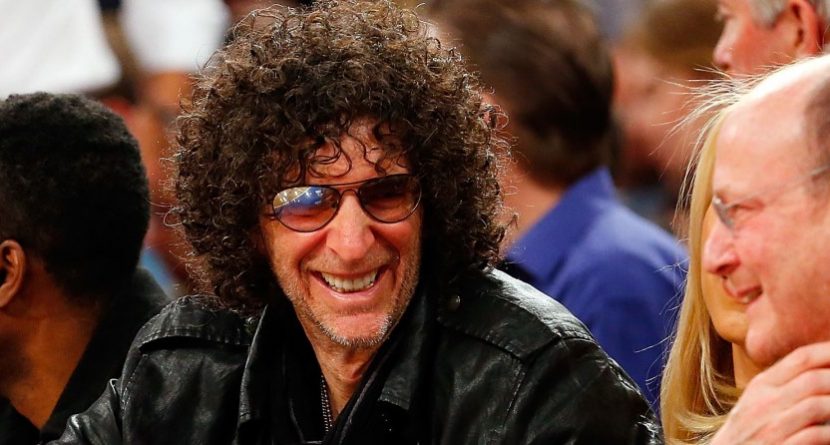 We had a hunch last week that the “Baba Booey” bombs would be prevalent at the PGA Championship over the weekend at Oak Hill in Rochester. Yep, they were.

The shouts were so widespread that Ian Poulter took to Twitter following his 8-over-par performance to rant. First, there was this:

We should be allowed to take 10’000 volt tazers onto the course and tazer ever muppet who shouts out something stupid. I would laugh then.

Soon followed by this:

This baba boo shit & mash potato crap shouting wouldn’t happen at Augusta, The Open, nor would it happen at Wimbledon. Tazer the thrushes.

And that there caught the attention of Mr. Howard Stern, from whom the name “Baba Booey” comes. He wanted to make sure the Englishman spelled the name correctly. Poulter responded with a little jab of his own:

RT @HowardStern it’s spelled Baba Booey >> How have you only just got more followers than me. I thought you was big time. Hahahaha

So apparently, Poulter’s not a fan of the odd/absurd/hilarious/entertaining shouts that come from golf fans’ mouths at tournaments. He’s probably not alone. CBS’s Nick Faldo is sick of the comments. One of the only announcers to even acknowledge the shouts, this was Faldo’s reaction after someone screamed “scalloped potatoes!”

But you know what? They’re good for golf. Fans yell crazy things at sporting events all the time – oftentimes much more vulgar than “Baba Booey” or anything that has to do with potatoes.

Look at what happened with all those Baba Booey’s: They got one of the most famous/infamous media personalities in the world talking about golf. Love him or hate him, Howard Stern boasts a massive following. He may be a few thousand short of Ian Poulter in Twitter followers  (Stern = 1.47 million, Poulter = 1.532 million; the only golfers more followed than Poulter are Tiger Woods and Rory McIlroy), but he’s light years ahead of that Faldo fellow (157k), a golf media personality.

It wasn’t the first time, but Stern devoted about 10 minutes of his show Monday morning to discussing golf and Baba Booey. He played clips from the PGA Championship and began rating them. Then he did the same with past Baba Booey’s yelled solely at Tiger Woods. Stern had so many clips that he had to cut the bit short so he could get on with the rest of the show.

Then on Tuesday, Stern invited onto his show the PGA Championship winner, Jason Dufner. He peppered the golfer with the standard Stern inquiries — who do you hate the most on the PGA Tour? — and of course wanted to get Dufner’s thoughts on Baba Booey (he has no issue with the call-outs). If it weren’t for Baba Booey and golf fans’ infatuation with yelling out that name at tournaments, Stern doesn’t have Dufner on the show.

Golfers, golf officials, golf media – they all want more fans. They harp on the need to grow the game, to reach new demographics.

Well, fans incessantly screaming out “Baba Booey” is bringing non-golf fans to the game. Stern’s devotees are hardly fervent sports fans – many of them probably are, more probably aren’t – but because the popular guy on their radio is talking about golf, many of them are likely tuning into golf, if only to see what he’s talking about.

Baba Booey isn’t going away, no matter how much Poulter urges the PGA Tour to intervene:

I’m calling for @PGATOUR to step in & stop this shouting out right after shots. Message in to @PGATOUR with your thoughts. Tazer them?

The fans are having fun and attracting more fans to the game of golf while they’re at it. They wait until after the ball is in the the air, so they’re not hindering anyone’s swing.

If Baba Booey is the worst phrase fans yell, well, the game is still as G-rated as it’s ever been.

Related Links: Who Is Baba Booey and Why Do Golf Fans Yell That Name?