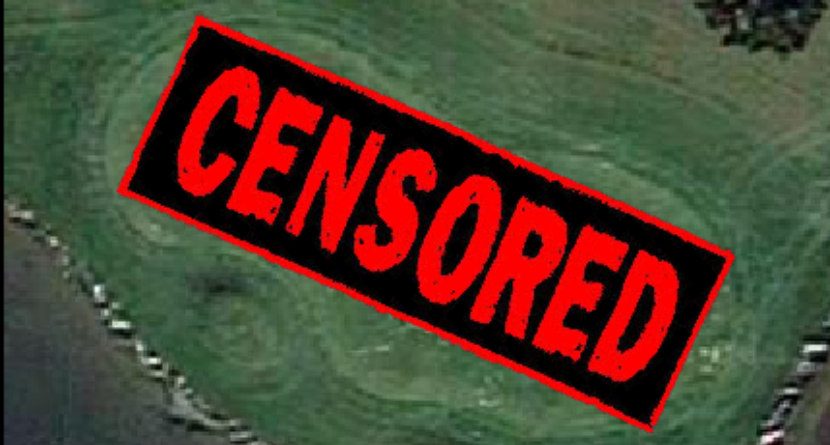 A giant penis was reportedly spotted on an English golf course via satellite recently and it’s as unbelievable as it sounds.

The Evening Times has the graphic details:

The club’s new member is so enormous it can be seen from space, and an eagle-eyed Daily Echo reader spotted the unusual object. The shape can be seen on Boundary Lakes Golf Course in Hampshire.

It is believed that vandals snuck into the course and used a spade to dig out the phallic symbol.

Shaun Hall, head golf professional at the Hilton, said: “Someone has clearly decided to vandalize it. Someone phoned us up to say they had spotted it on Google Earth. We think someone used a spade to dig it out.”

“When we were made aware of it,” he continued, “we decided the best way to correct it, without ruining the grass, was to wait for it to grow out on its own. It has all been sorted now.” Somebody is clearly trying to make up for something.