Ian Poulter Has Very Different Car Problems Than You 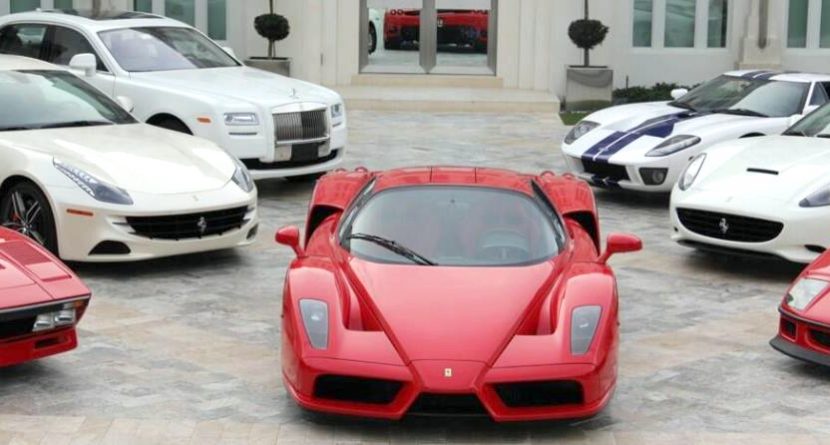 And too much for one man to drive regularly – especially a man who travels for a living, often on different continents. So it appears Poulter is parting ways with his Rolls-Royce Ghost because he’s “not driving it at all.” The Rolls-Royce is the one in the top-left corner:

Time for the @rollsroyce Ghost to go. Not driving it at all. Might get the @BentleyMotors Mulsanne after the summer. pic.twitter.com/kXfTjrgaJM

Wait, he’s getting rid of one car because it’s not getting proper attention, yet he might purchase another one later this year? Right, totally understandable. Here’s the Mulsanne.

What’s more is that picture doesn’t even show off Poulter’s entire auto assortment. We know he also owns a Ferrari F12 Berlinetta:

Drove thru a serious bug cloud yesterday and obliterated the front end of my F12. Had to get them buggers off quick, eat the paint work.

So great is Poulter’s Ferrari love that his youngest son, Joshua, is picking up on the affection:

Is it wrong that Joshua my 2 year old knows all the model types of #Ferrari’s it’s so funny.

And who knows exactly how many beauties have rolled through Poulter’s garages over the years? According to Britain’s biggest and best car buyer’s guide, Poulter at one point owned a Jaguar XFR, Bentley Continental GT, Aston Martin DB9, Nissan GTR and Nissan Skyline.