Ian Poulter is Giving Away His Ford GT… Seriously 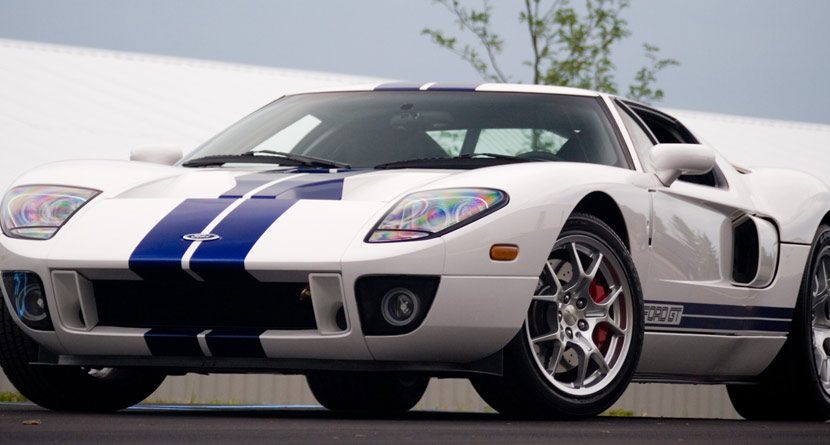 Apparently, Ian Poulter has too many cars, even for his liking. While this may come as a surprise — being the car guru that he is — it’s true. Maybe he ran out of room in his garage? Unlikely.

Regardless of the reasoning, his overload of sports cars comes as a benefit to every person who follows Poulter on Twitter. A huge benefit.

He’s giving away his 2005 Ford GT. Yes, a real Ford GT, signed by Poulter. The GT can be seen in the top right corner of this photo, sent out when he was getting ready to part ways with another car:

Time for the @rollsroyce Ghost to go. Not driving it at all. Might get the @BentleyMotors Mulsanne after the summer. pic.twitter.com/kXfTjrgaJM

Poulter tweeted Wednesday to his 1.64 million followers that he’ll give the Ford GT to one lucky follower who can guess the car’s mileage.

Follow and retweet @BobbyKisselback Ford & guess the mileage for a chance to win a nice signed prize. My 2005 Ford GT pic.twitter.com/QsuLLWWZbf

In addition to guessing the mileage (which is nearly impossible), participants have to follow Bobby Kisselback, owner of Kisselback Ford, where Poulter’s GT is located. Kisselback should expect quite the growth in followers with a free Ford GT on the line.

Here’s a look at the ride you could win: