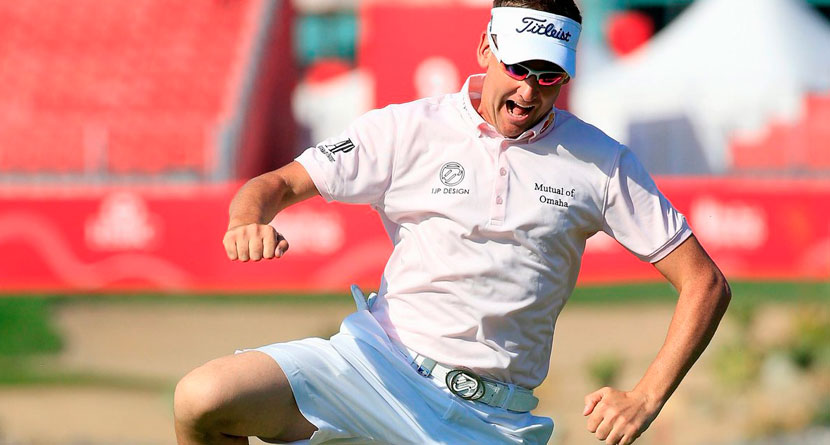 April Fool’s Day requires people from all walks of life to be on their toes, and with the first major championship of the year on the horizon, Ian Poulter took the opportunity to play a prank on his fans.

Poulter, who is battling back from a foot injury last season, took to Twitter and his 2.3 million followers to have some fun in the spirit of the day, tricking them into believing that he had received a midnight-hour invite to play in next week’s Masters.

Surprises do happen… what a result.. Outfits being packed as we speak. #BetterLateThanNever pic.twitter.com/JZrboKY2gW

The prank lasted roughly nine hours before Poulter tweeted out a video coming clean about the whole thing.

Kevin Casey of Golfweek.com broke down how the prank could have been debunked before Poulter admitted it was an April Fool’s Day joke.

There are no alternates for the Masters, so even Tiger Woods’ withdrawal Friday doesn’t open up a spot. With Poulter meeting none of the qualifying criteria to get into the Masters field, the only way he would’ve gained a spot was by special invitation.

OK, but Augusta National offers those invitations infrequently – they’re called special for a reason – as it appears Ryo Ishikawa and Thaworn Wiratchant in 2013 were the last to accept such invites. These special exemptions for the Masters also haven’t been known to arrive last-minute (in fact, months in advance is more like it). In recent years, these invites have generally gone to non-PGA Tour members (Poulter is playing the PGA Tour currently in 2016-17 on a major medical extension as he looks to keep full status) and Asian players (Poulter is English).

There’s the crop job on that photo, too.

Notice in the letter in the photo that after “Two Thousand” there will be an “and” followed by a spelled-out number. If you look closely, you can see what appears to be the top of an “F” after the “and.” You could’ve concluded from there that the “F” would start the word Fifteen.

Oh, and Masters.com did not list Poulter in the field at any point Saturday.