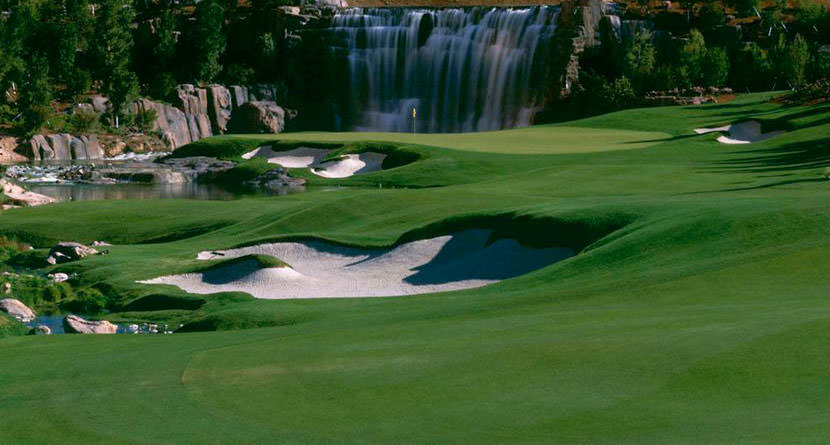 One of the most iconic golf courses in Las Vegas closed its doors earlier this week as the Wynn Golf Club closed quietly to little fanfare on Dec. 17.

The brainchild of Steve Wynn, the lavish course built directly in the backyard of the Wynn Casino on the famous Las Vegas Strip, the course simply outlived its usefulness and its location on prime real estate was costing the owners’ money in missed opportunities.

The last round of golf at Desert Inn Golf Club will be played Saturday https://t.co/SVSFtneRbw

On Dec. 17, Las Vegas’s 12-year-old Wynn Golf Club closed. It died with a whimper, without fanfare or a funeral. Some — including the man who conceived of and built it, casino and hotel magnate Steve Wynn — say it simply outlived its usefulness. Others, citing its outrageous price tag of $350-$500, argued that Wynn epitomized what was wrong with golf.

Wynn Golf Club was the owner’s response to scratch an itch. He had poured his heart and soul into his co-design (with Tom Fazio) of Shadow Creek in 1989, only to see it snatched away during a hostile takeover of his Mirage Resorts, in March 2000. Wynn plotted his comeback and emerged in April 2005 with the Wynn Resort and Country Club, which featured a stunning hotel, luxury golf villas and a Fazio-designed course draped atop the remnants of one of the Strip’s most revered layouts, the Desert Inn Country Club.

Twelve years ago, I asked Wynn just before the course and hotel opened if he felt Wynn Las Vegas would rival such temples of resort golf as The Lodge at Pebble Beach, The American Club at Kohler, The Greenbrier and Bandon Dunes.

“Yes! I sure hope so,” he thundered, but with a twinkle in his eye. “We’ve got a situation here where my property is worth $10 to $15 million an acre. I’ve got a billion and a half dollars of real estate under that golf course. It’s sort of like LA (Los Angeles Country Club) North and South. It better become a destination or I’m gonna look like a jerk and then, goodbye, golf course. There will be no more golf course. It’ll be filled with buildings.”

In fact, it will be filled with a hotel addition, convention space expansion and a 20-acre lagoon tentatively to be called Paradise Park. The property will include white sand beaches, zip lines, water skiing, boat rides and fireworks. The golf course Wynn had built earned money, $5 million a year on average by some estimates. But the new facilities are expected to earn 10, 20 or even 100 times that. Goodbye, golf course, indeed.

During an earnings call with investors in late October, Wynn wasn’t the least bit sentimental about sending his course to an early grave.

“We have no better use for our money,” said Wynn, mentioning that the park and waterfront would yield a “tremendous uptick in the value of our surrounding real estate.” He added, “Imagine being able to develop on the boardwalk, on the water with its beach and its parades and water attractions and lake surfing and all the boating thing. Imagine that, and being directly across the street from the Las Vegas Convention Bureau. How good a location is that?”

Even with its transformative park-like landscape on the Strip and stellar design, with its outstanding par 3s, strategic bunkering and memorable closing holes, the clock has struck midnight for Wynn Golf Club. It once ranked as high as 49th in our Top 100 Courses You Can Play, debuting at that number in our 2006 list, but it never again ranked in the top 50.