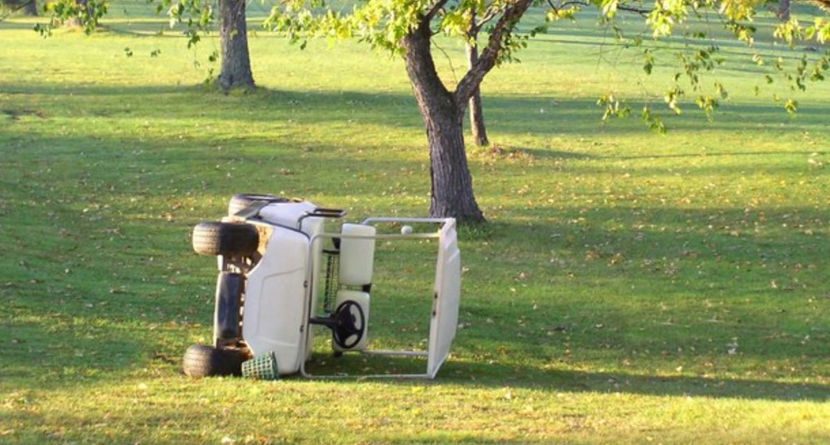 If you’re the best man at a wedding, you have certain obligations. One of which is to not get hammered and protest your buddy’s wedding by stealing a golf cart. That’s exactly what 29-year-old Travis Bass of Boston did, and unfortunately for him, it did not end well.

After the September 11th ceremony held at Jay Peak Resort Golf Course in Vermont this year, Bass reportedly got drunk, stole a six-seat golf cart and crashed it on the 11th tee. According to the police affidavit, his motivation for the stunt had to do with him being anxious as the best man and simply “not liking the bride.”

In an heroic effort to make a stand, Bass got drunk and disappeared with the stolen golf cart. When he returned three hours later (!), he was covered in blood and had a broken hand.

Here’s a little taste of what we think Bass’ best man speech may have been like: