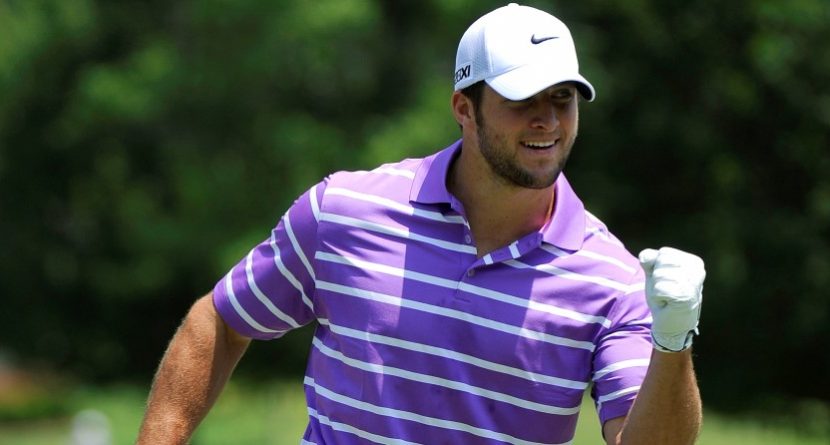 Tim Tebow hasn’t officially retired from football, but a second straight NFL season is set to commence without one of the most popular players the game has ever seen. So he sort of is retired, and he’s sort of playing the part with his latest big purchase.

According to Action News Jacksonville, the 26-year-old form Heisman winner just bought a $1.4 million home that sits on a golf course in his hometown. Golf, of course, is quite popular among the retired folk.

Tebow has long been a golf fan, so the location comes as no surprise. The five bedroom, 4.5 bath, 6,525-square feet house is adjacent to the track belonging to the Glen Kernan Golf and Country Club. If he gets tired of playing there, a half dozen other courses are within a 10-minute drive.

And his new home is about 20 minutes away from TPC Sawgrass, the famed course that holds the Players Championship every year, in addition to the Tim Tebow Foundation Celebrity Gala and Golf Classic.

Here are a few images of the home. Not surprisingly, it doesn’t suck: