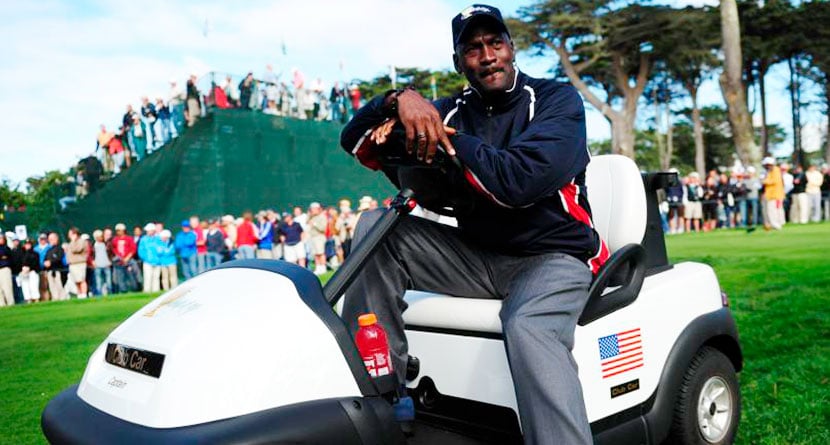 Michael Jordan is used to getting his way, and as legend has it when slow play began to inhibit his normal South Florida golf club, he began to take steps to create his own golf course.

That course came to fruition in 2019 when Jordan opened The Grove XXIII, an uber-exclusive course located in Hobe Sound, minutes from the de facto epicenter of the professional golf world where the likes of Tiger Woods, Dustin Johnson, Brooks Koepka, Justin Thomas, Rickie Fowler and countless others call home.

Designed by acclaimed architect Bobby Weed using Shinnecock Hills as his inspiration, Grove features “an ingenious double-helix routing that can be played in four nine + nine combinations, and in shorter three- to six-hole loops,” according to GolfDigest.com’s Associate Editor of Architecture, Derek Duncan.

Michael Jordan’s new course, The Grove XXIII, was developed out of a flat, 227-acre citrus grove.

Here’s how course architect Bobby Week was still able to be creative and bold with his design: https://t.co/UM0pCwPTCj pic.twitter.com/n7WkyY2Csx

While the course itself is impressive, His Airness pulled out all the stops when it came to a guest experience.

With slow play a non-starter at The Grove, reports have come out that carts travel up to 35 MPH and caddies drive scooters ahead of play in order to keep the breakneck pace intact.  And if you thought there would be a beverage cart and the time-suck those can provide, think again.

Recently-retired tennis pro Caroline Wozniacki shared a video of how beers and food are delivered to players on the course to avoid the small talk and cash exchange that goes along with the whole beverage cart scene.

Here’s video Caroline Wozniacki posted yesterday of the food and drink delivery by drone out at Michael Jordan’s newish golf course, Grove XXIII. (Also the scooters in the background) pic.twitter.com/QEAyUCI0yO

A drone locates you on the course and drops off the food and drinks in a bag, and gets you back on your way with hardly any time wasted.

As Shotgun Start co-host Brendan Porath pointed out, you can see one of the caddies — clad in Carolina blue, of course — speeding back into the frame on one of the scooters.