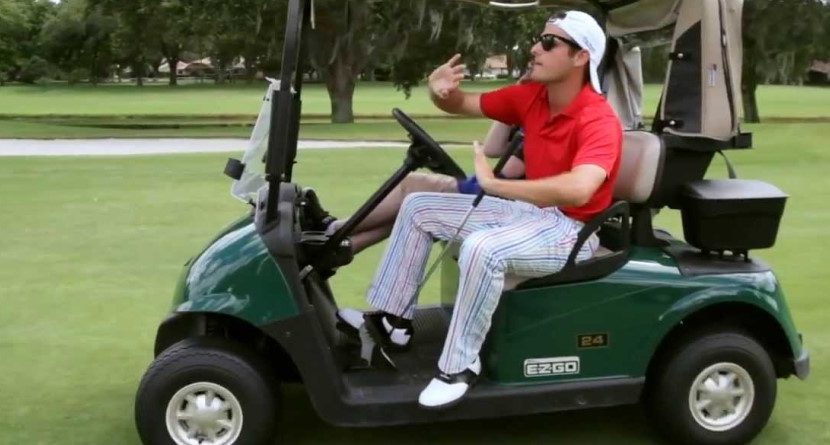 The MTV Video Music Awards took place at the Barclays Center on Sunday night in Brooklyn, and while most fans were watching the reunion of N’Sync and Miley Cyrus twerking all over the place, a few music videos actually won an award.

Unfortunately, we were saddened to hear that none of the year’s best golf-related music vids even earned a nomination. This is probably a conspiracy theory the likes of which the world has never seen; however, here is a list of our favorite videos to watch in the meantime.

Of course, this follows the release of “I Love Golf” in June by Caleb C., who is all of 5 years old:

The year began with the often-overlooked hit, “Slice Slice Baby,” a parody by Jason and Jordan Tate:

Other Hot Links:
– 7 “Best” Boy Bands
– Studs & Duds from The Barclays
– Tiger Woods and Nike: A Look Back