Is FootGolf the Next Big Thing? 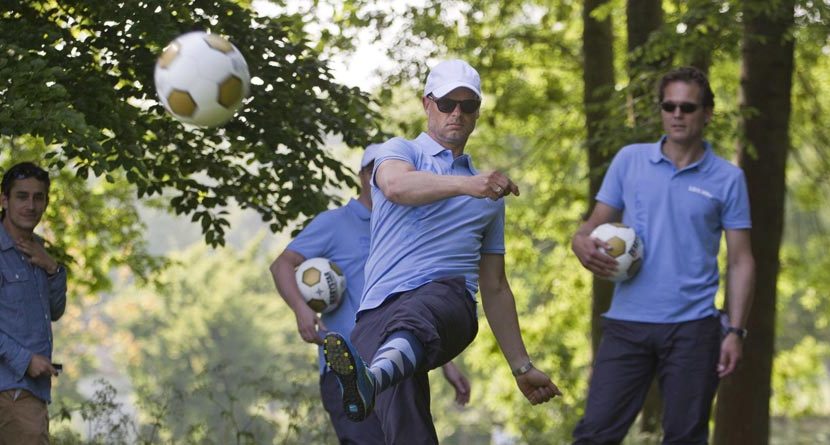 It might sound a little bizarre, but FootGolf may just be the biggest craze you haven’t heard of… yet.

The American FootGolf League’s website calls the sport “the greatest game ever invented,” and describes it as “a game that upgraded the world of sports to a new dimension, combining the distinction, elegance and precision of golf with the passion, energy and fun of soccer in a marvelous sport full of life.”

The game, wildly popular in Europe and South America, where soccer is huge, was introduced in the States in 2011 and has even been featured on ESPN Deportes. There are 60 courses where FootGolf can be played that are open or will be open soon in the U.S. The first official tournament was held in Europe in 2009, according to the AFGL, and the sport itself is globally sanctioned by the FIFG, or the Federation for International FootGolf.

The game is played just as you might imagine. It follows the basic rules of golf and requires the same dress code. It is played on regulation golf courses that have been modified to accommodate FootGolf. Larger holes, big enough to fit a soccer ball, are added in the rough, or some place other than the green. The difference, as you might figure, between FootGolf and regular golf is that you use your feet and kick the ball to the hole instead of using clubs.

The sport already has a large following and is growing in popularity by the minute. For more information on the official rules or where you can find a course near you, visit the American FootGolf League’s website.