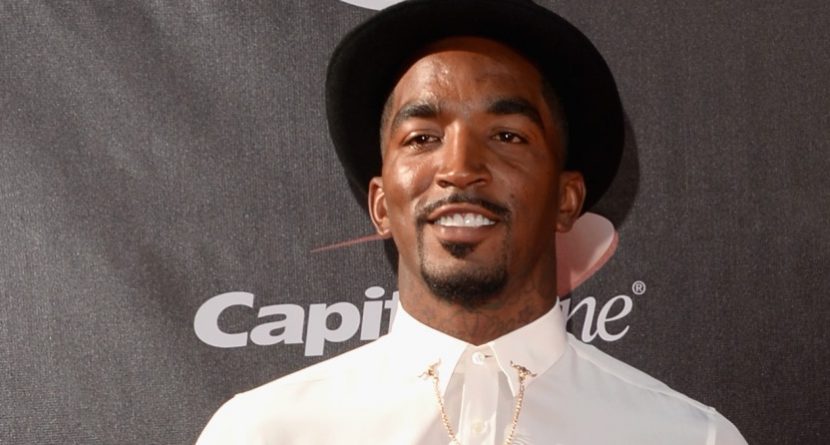 We knew New York Knicks guard J.R. Smith played a lot of golf, and last month we got a nice view of him at the J.R. Smith Youth Foundation’s 8th Annual Golf Outing. Now we know exactly how much golf Smith has gotten in during his offseason: “I would say I’ve probably played 50 courses this summer. Around six a week.”

Excuse me, six a week?! Fifty courses in one summer?! J.R. Smith is my new golfing hero.

That quote comes from a fantastic Q&A Smith did with Jared Zwerling, an NBA Senior Writer for Bleacher Report and the man who provided Instagram posts last month while spending time with Smith at his foundation’s golf event. Zwerling posted his interview with Smith on Monday, revealing the hoopster to be a much more avid golf fan than we thought – and not just a fan of playing the sport, but following the sport too.

To wit, he’s attended more PGA Tour events this summer than some professional golf journalists. “I was following the tour at one point starting in May, supporting Rory McIlroy, Lee Westwood and Keegan Bradley, all good friends of mine. I went to the Wells Fargo Championship, The Players Championship, the Quicken Loans National and The Barclays two weeks ago,” Smith said. “I would watch (each tournament) from Thursday to Sunday and then play the course on Monday.”

Related Link: J.R. Smith Goes Inside The Ropes At The Players Championship

Smith’s love for golf was born at an event hosted by NBA Hall of Famer Moses Malone, who chided Smith for just watching and not playing. So he hopped out of the cart and crushed a ball “300 yards dead center. Just like that; the first hit. … If I see it (in sports), I can mimic it. I would watch Tiger all the time.”

But it turned out that Smith couldn’t mimic that shot immediately, so he went out and bought clubs the next day. And thus his mission to master golf began.

These days, his handicap is down to 13. The easiest part of the game, he says, is putting. The most difficult is being consistent and dealing with frustration.

Fellow NBA stars Chris Paul and Steph Curry are regulars in his foursome, and Smith says he’s better than Paul, but not Curry. When asked to rank the top five golfers in the NBA, Smith said, “Steph No. 1, then Ray (Allen), me, CP and then maybe Big Baby (Glen Davis).”

As for Smith’s dream foursome: “Me, Tiger, Rory and Jordan.” It might be tough for Smith to play with any one of those guys, let alone get them all together for the same round. For example, Jordan refuses to play Smith – according to Smith.

According to Smith, a ton of NBA guys play golf: “All the time now, like no one talks basketball. We talk golf. Before, guys would work out on their own. But now, everybody is so joined and we play golf with each other.”

He has played with Knicks teammate Carmelo Anthony, but they probably won’t play again: “Melo has played, but he hates it. … Melo just can’t pick it up so easily. He’s not as bad as (Charles) Barkley, but he’s not that good, either.”

Yet, NBA players aren’t the only ones Smith tees it up with. Many folks are surprised to learn he enjoys the game so much, but once they see him play, they want to join him.

“A lot of times when I play Liberty National or something like that, there’s a bunch of hedge-fund guys and business guys there,” he says. “For them to see me out there, they see my passion for the game and they really enjoy that. My group of friends has expanded through golf. Golf gives people a different perspective about me.”