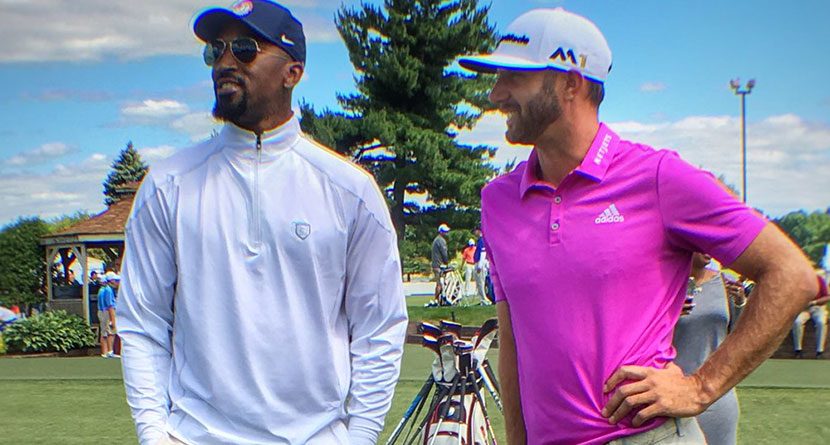 Cleveland Cavaliers shooting guard J.R. Smith is enjoying a resurgence into the public eye this offseason after earning his first NBA title. Now, the golf-crazy gunslinger is parlaying that success and fame into a few golf-related avenues as he tries to build a mini-empire in the golf lifestyle space.

In an interview with the National Basketball Player’s Association, Swish laid out some of his plans for his foundation and other charitable events, which includes a heavy dose of golf.


If I were to do my own shoe, it’d definitely be like a lifestyle shoe. I also really want to do a golf line. I want to create my own golf shoes. I play all the time.

I also want to host a celebrity golf weekend where I bring athletes and Hollywood guys to my hometown to show them where I’m from. But more than anything, it’s to help the youth because when they see us, they just get so engaged and inspired.

That’s not all. I have the idea of organizing a mini golf tour for NBA players. A lot of us play golf. I’ve been trying to get the guys to do one. We’d do like three cities, go to the three best golf courses and have our own little mini tour. Have fans come out and watch.

Realistically, it can be one day out of the week at a golf course, and let’s say 10 guys would play. It’s not a 50-man field like the PGA Tour. It would be a select group, two at at time. Then all the money would be donated to each other’s charities. And the players could be paired with a celebrity. Justin Timberlake plays, Samuel Jackson, Mark Wahlberg, all these Hollywood guys. That’s all they talk to me about when they see me—golf, golf, golf.

How about that for a grow the game initiative? The NBA is one of the most influential subsets of athletes in America. Imagine having J.R., Chris Paul, Stephen Curry and Andre Iguodola out there. At the very least, golf would be put on more younger peoples’ radar and at best, maybe some of them will pick up the game. Plus, it’s all for charity. Win-win.