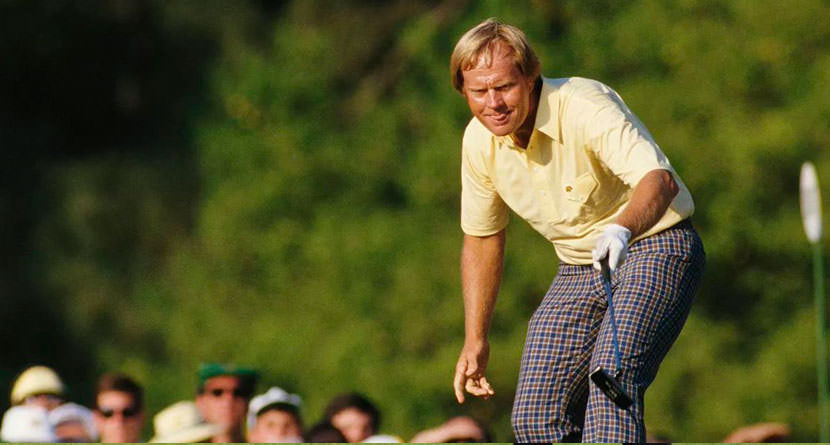 At 77 years of age, Jack Nicklaus’ competitive playing days are long gone, but that doesn’t mean he’s not jonesing for at least one more major victory, even it if it comes at the hypothetical expense of one of his 22 grandchildren.

Attending the PGA Tour’s annual tournament meetings earlier this month, Nicklaus was given a question that was a twist on one he’s answered innumerable times before. Fresh off of Tiger Woods’ return to competitive golf at the Hero World Challenge, the inevitable ‘can Tiger catch Jack’ queries came up.

Always one to deflect, but have a little fun, Nicklaus answered a different type of hypothetical from Tour chief of operations, Andy Pazder.

Justin Thomas faced six consecutive questions about Tiger Woods in a news conference in the Bahamas. That’s nothing. Jack Nicklaus has been getting Tiger questions for 20 years.

But he got a different variety and gave a playful answer a few weeks ago at the PGA Tour’s annual tournament meetings attended by tournament staff and tour board members.

Nicklaus made an appearance. Andy Pazder, the tour’s chief of operations, was the host and offered up a mix of golf and football. Nicklaus’ grandson, Nick O’Leary, is a tight end for the Buffalo Bills.

”Would you rather have a 19th major championship or see Nick catch the winning touchdown in the Super Bowl?” Pazder asked him.

Nicklaus brought the house down with his reply.