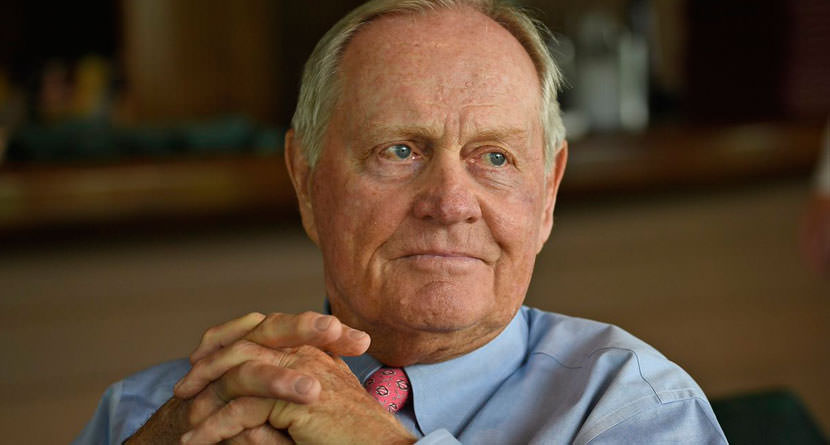 Jack Nicklaus’ and Davis Love III’s charitable contributions are vast, but the pair’s impact on the PGA Tour’s ability to help out charities with which they are not affiliated was monumental earlier this year.

The PGA Tour, as well as many other big professional sports leagues, were expected to lose their coveted tax-exempt status in the recently-passed Senate Tax Bill, but an 11th-hour change to the language of the bill removed the provision.

Of course, there was some behind-the-scenes negotiating to get that portion of the bill pulled, but it would have been hard to predict that Nicklaus, with an assist from Love III, would be part of that negotiation.

Jay Monahan, the Tour’s commissioner, spoke to reporters Sunday at the Sentry Tournament of Champions about how the organization kept a crucial part of how it functions.

Late last year, it looked like the Tour might lose its tax-exempt status via a subsection included in an early draft of the Tax Cuts and Jobs Act. But that subsection was removed before the Senate vote on the bill.

That saving change came in part due to the help of Jack Nicklaus and Davis Love III.

Monahan intimated how it all went down.

“When we found out (the threat to our tax-exempt status) was in the Senate bill, I called Jack (Nicklaus),” Monahan told reporters. “I thought I was calling his office but it was his cell phone, and he whispered, ‘Hello.’ I said, ‘I need your help,’ and explained the situation. He said, ‘I’m in the middle of a field in upstate New York and if you work with my office, we’ll get this thing going.’ ”

Nicklaus did indeed get things going, as did Love. Both lobbied to Congress on the Tour’s behalf, and Love traveled to Washington D.C. to meet with members of the Senate Finance Committee.

“It’s pretty amazing Jack and Davis reaching out like that,” Monahan said. “They wrote letters and called members of Congress, members of the Senate Finance Committee.”

The Tour helped generate more than $180 million for charitable causes in 2017. Without the organization’s tax-exempt status being saved (with Nicklaus’ and Love’s help), the Tour would have been forced to become a taxable nonprofit.

“It would have been a nightmare for the Tour and its charities if (the loss of tax-exempt status) happened,” an industry source told Golfweek last month.