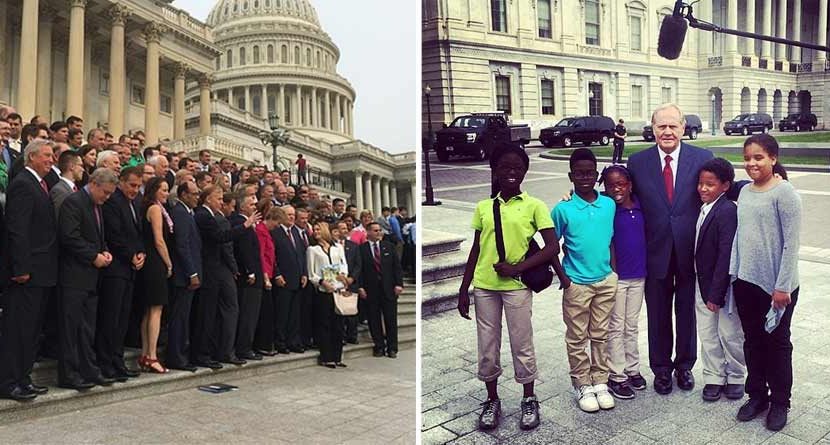 The seventh annual National Golf Day 2014 is being held on Capitol Hill in Washington, D.C., on Wednesday, and Jack Nicklaus is set to meet with Congress on behalf of the game’s booming industry.

Nicklaus will join We Are Golf, a coalition of golf’s top organizations, to host a day-long event to highlight golf’s benefits to the economy and charities across the nation. The game of golf is a $68.8 billion per year industry, while also having a $3.9 billion annual charitable impact, more than the NFL, MLB, NHL and NBA combined.

The #golf industry creates 2 million jobs and contributes $70 billion to the economy.

Not to mention, it’s a pretty good workout:

National Golf Day brings together all the top golf organizations, as well as celebrities, to share the impact golf has on their lives. Some of the groups involved include the PGA Tour, PGA of America, the First Tee and the USGA. Just a year ago, the National Golf Day Twitter campaign reached 7.2 million people, helping make it the most successful National Golf Day in seven years of existence.

Nicklaus kicked off the day by meeting with a group of students from The First Tee of Washington D.C., giving the young golfers a chance to meet the legend and take a photo:

The Golden Bear and his wife, Barbara, also took a photo with members of the golf industry in the nation’s capital. Jack and Barbara were front and center, of course.

Both Jack and Barbara attended the First Tee Congressional Breakfast at the start of the day, one of the first events to start the day-long exhibit. Apparently, Mrs. Nicklaus helped keep everyone in line throughout the morning.

First Lady of Golf, Mrs. Nicklaus, making sure everyone is on their best behavior at #NGD14 @wearegolf #mamabear pic.twitter.com/0QDrdfNKUc

The rest of the day features live lessons for members of Congress, an aboutGolf simulator “Closest to the Pin” contest, as well as a Republican vs. Democrat “Putting Challenge.”

In addition to all the events going on at National Golf Day, Nicklaus moved one step closer to receiving the highly-coveted Congressional Gold Medal after it passed through the U.S. House of Representatives on Monday. The U.S. Senate is next to vote on Nicklaus’ candidacy, and upon passing through the Senate, he would become just the third golfer to receive the honor (joining Arnold Palmer and Byron Nelson).

Other Hot Links:
– Golfer Shooting For Love on ‘The Bachelorette’
– The Fringe: Harry Styles Hits The Links & When Lightning Strikes
– Rory McIlroy Breaks Off Engagement to Caroline Wozniacki
– 5 Things You Need to Know: Crowne Plaza Invitational
– Bubba Watson Gets His General Lee Back