Jail Time For Man In Stabbing Over Golf Course Etiquette 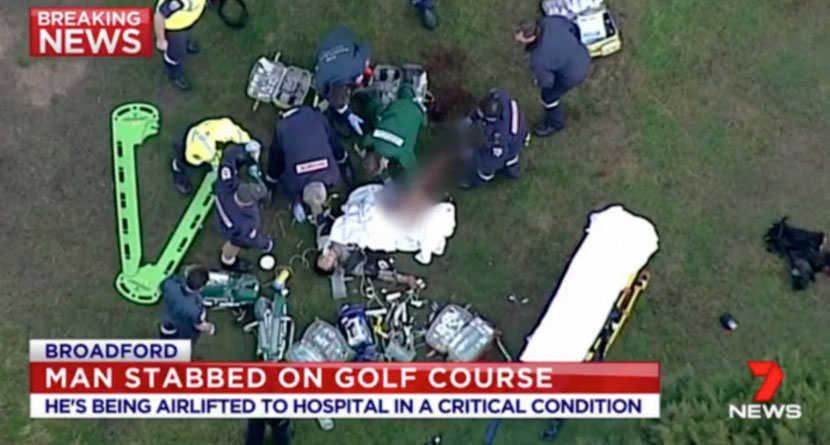 An Australian man has been jailed for stabbing his friend during a round of golf last summer, which resulted in significant blood loss and was nearly fatal.

According to the Herald Sun in Victoria, Australia, 31-year old Matthew McKay and two close friends were drunk on a golf course last August when McKay started damaging the greens by dragging the flagstick on one and stomping golf balls into another surface.

His friends told him to stop and chastised McKay for the behavior. Instead of taking the advice to heart, McKay grabbed a Smith and Wesson knife and attacked his friends. McKay stabbed one friend in the thigh and hit an artery, resulting in the loss of three liters of blood, according to the Herald Sun.

McKay was sentenced to one year and eight months in jail after pleading guilty to recklessly causing serious injury and an assault with a weapon.

“Mr. Mudd was your best friend,” County Court Judge Frank Gucciardo said on Monday. “He considered you his brother in effect and he’s bewildered and saddened that he could be so hurt and damaged by someone he’d known all his life.”

The victim has continued mental and physical ailments and has permanent damage to his leg. McKay’s assault wasn’t the first stabbing that he has committed. He was fined $5,000 for stabbing a woman in the thigh in 2009. This woman was also a friend.

The golf course where the stabbing occurred is Broadford Golf Course, which is approximately 88 kilometers north of Melbourne.