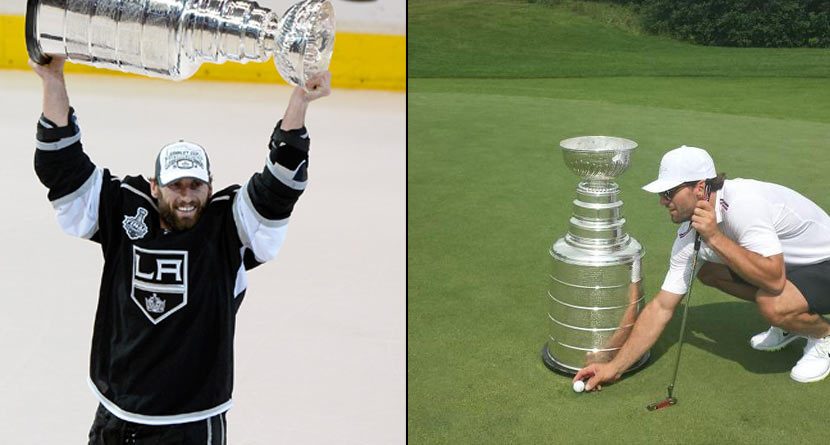 Everyone knows the guy with a lucky “you-name-it.” When it comes to golfers, many have one trusty ball marker that they refuse to swap out, no matter how large, ostentatious or outrageous it may be. Los Angeles Kings star Jarret Stoll is no different — but his marker of choice surely is.

Perhaps one of the greatest traditions in all of professional sports is each member of the NHL’s championship hockey team getting to spend a day with the Stanley Cup. Stoll took his new friend to the golf course, using the cup as any other wise man might — to mark his golf ball:

When the Cup wasn’t busy holding a place on the green, it was still right by Stoll’s side. Obviously, the Stanley Cup won’t fit in one’s pocket or in a golf bag. Surely, if golf carts had seat belts, it would be riding shotgun, buckled up safely in the passenger seat. That didn’t appear to be the case for Stoll, so he just let it hang out next to him wherever he was:

After the round, you’ve got to imagine everyone was treated to beverages out of the historic trophy. If I were with Stoll and that didn’t happen, I’d be mightily disappointed.