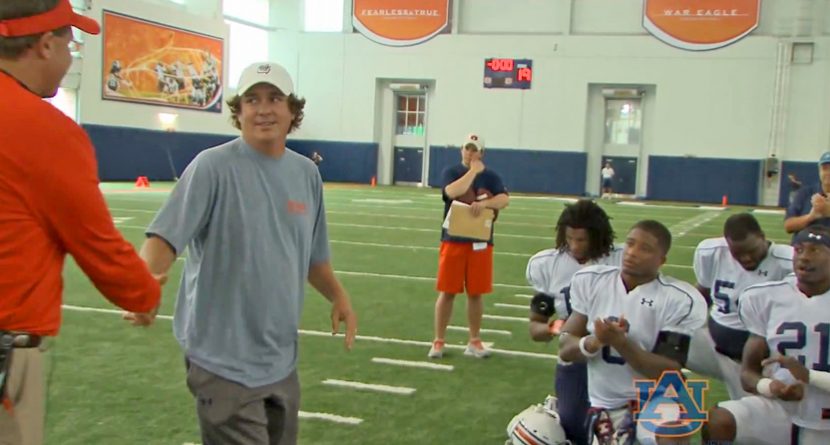 Jason and Amanda Dufner had a busy college football-filled weekend as both traveled to their respective alma maters to catch a game.

The former PGA Championship winner and former War Eagle from Auburn University gave the pre-game speech hours before the Tigers defeated Texas A&M. Kyle Porter at CBS Sports posted a picture of Jason Dufner in the locker room, which appears about as exciting as you would suspect from the soft-spoken golfer.

We wondered what a pre-game rally speech from Dufner might sound like, so we were excited to see the following video from an Auburn practice in August.

Meanwhile, Amanda Dufner – who went to Auburn rival Alabama – joined a group of friends for some tailgate action before a game. Not a bad looking group, if we say so ourselves.

Other Hot Links:
– Who Is Baba Booey and Why Do Golf Fans Yell That Name?
– 3 Golfers Who Have Hit The Lottery
– How Fox Sports Can Change The Way We Watch Golf