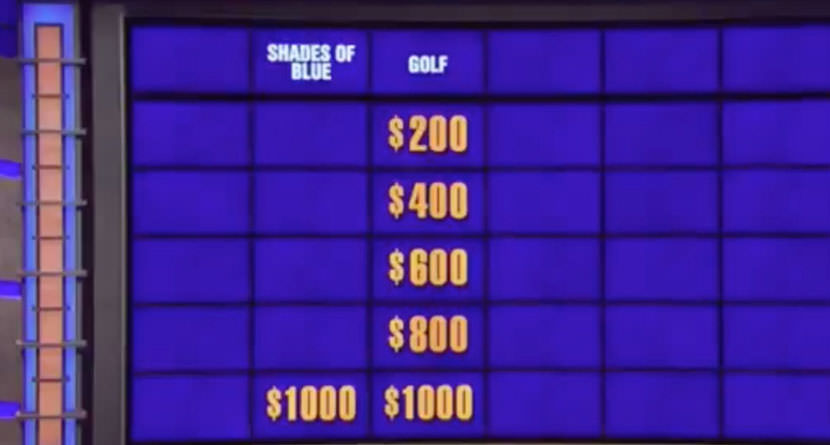 Sports categories on the television game show Jeopardy! are usually few and far between, and golf-specific categories are rarer than a Jordan Spieth three-putt. However, earlier this week the folks at TV’s most popular quiz show dedicated an entire category to the game.

The $200 clue offered a bit of gallows humor that many are taking issue with.

The rest of the category was mundane in terms of controversy and offered golfers around the world the opportunity to scream out answers way before any of their other friends or family members in the room, a tradition as old as Alex Trebeck.

Here’s what the board looked like, thanks to J! Archive. Here are the clues and their answers.

$200: It’s a right-handed golfer’s shot that veers to the right, or what he might want to do to his wrists after it does. Slice

$400: It’s a right-handed golfer’s shot that veers to the left, or the punch he might want to throw after it does. Hook

$600: After an extended adventure on 13 in 2017, this 23-year-old became the youngest American to win the British Open, Jordan Spieth

$800: In 2016 the Masters, U.S. & British Opens & this 4th in the quartet were all won by players winning their first majors. The PGA Championship

$1000: 2-word culinary term for a ball buried partway; over easy or sunny side up? A Fried Egg