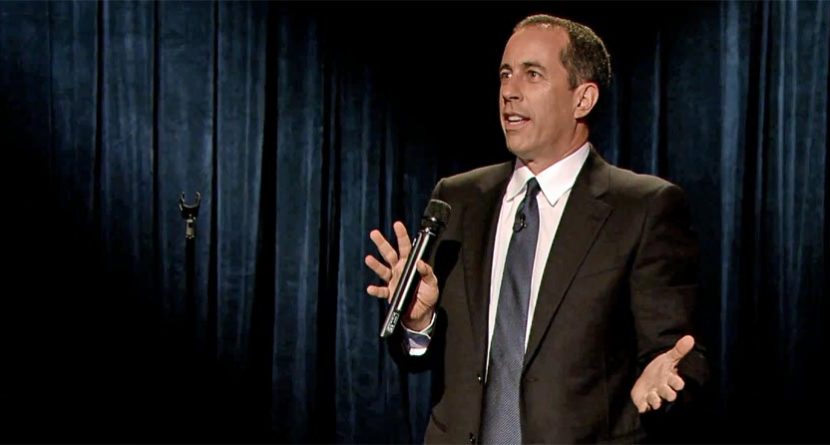 Jerry Seinfeld appeared on NBC’s “Late Night with Jimmy Fallon” on Tuesday, performing a rare stand-up routine on network television. In his five minutes, the legendary funnyman took a few playful shots at golf as a sport.

According to a recent article on SI.com, Seinfeld’s routine covered an array of golf-related intricacies. Playing off of the recent Father’s Day holiday, Seinfeld surmised that “golf” should stand for “Get Out, Leave Family,” due to a dad’s ability to escape his house for a few hours.

“Golf is the ultimate avoidance activity for the dysfunctional dad. A game so nonsensically difficult, so pointless, so irrationally time-consuming.” Nice, Jerry. Real nice.

Personally, I’m slightly upset that Seinfeld didn’t open his set with his trademark phrase “What’s the deal…?” Is that really too much to ask from a guy that comes around into the mainstream once every five years?