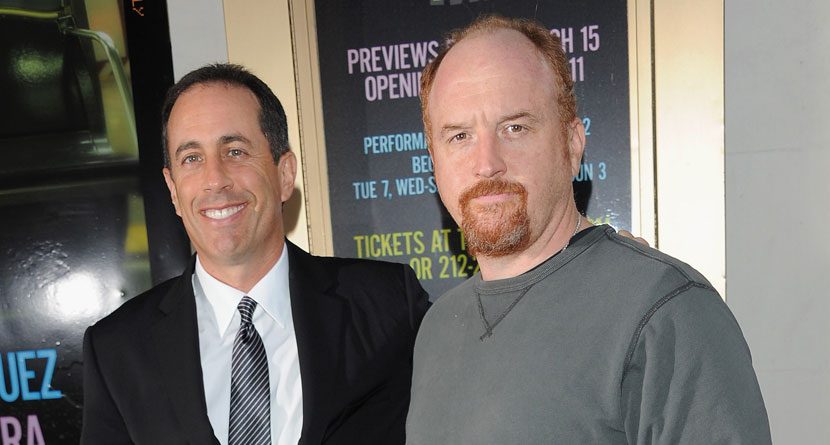 When you’re stuck behind a slow moving foursome and your local muni track is jammed up during your Saturday morning round, it starts to feel like every single person on the planet plays and loves golf. That, however, just isn’t true.

One golf hater is Jerry Seinfeld. During an appearance on Louis C.K’s very funny and very popular FX show “Louie,” Seinfeld did part of his bit about golf being difficult and pointless:

This, of course, isn’t new material for Seinfeld, the creator of the legendary TV sitcom that bears his name. He’s previously done the joke in his live stand-up as well as during an appearance on “Late Night with Jimmy Fallon.”

Okay, maybe Seinfeld doesn’t hate golf, but it’s safe to say he’s never stood 185 yards away, taken a swing, felt the ball give and watch it sail in a straight line right at the flag, land softly and roll out to makeable birdie range. Otherwise, he wouldn’t be able to tell that joke with any conviction, if at all.

He does make a solid point, though.