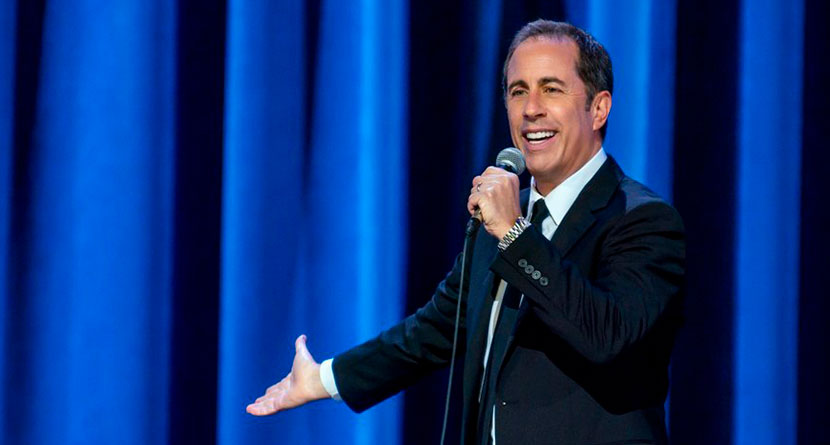 Jerry Seinfeld has had a very touch-and-go relationship with the game of golf throughout his professional life.

The famous comedian and co-creator of the wildly successful show about nothing, Seinfeld, seems like the perfect guy to get into the game after a historic run on network television that has propped he and his progeny up for generations thanks to syndication, but for the better part of a decade, Seinfeld has admonished the game at nearly every turn.

Unlike his show co-creator Larry David, an admitted golf freak, Seinfeld has never been bitten by the golf bug, and as it tends to do, something that lives in the periphery of his existence began to infiltrate his comedy.

A bit he’s been trotting out in pieces for at least the last seven years made its way into his latest Netflix stand-up special, “23 Hours To Kill.” Approaching the game from the family perspective, Seinfeld fileted the game for its goofy outfits and time-consuming nature.

Here’s a similar version of the golf bit that Seinfeld debuted on The Tonight Show in 2013.

“Golf, the ultimate avoidance activity, a game so nonsensically difficult, so pointless, so irrational, so time-consuming, golf, could only possibly stand for Get-Out-Leave-Family,” Seinfeld began on the Netflix special. “And I have a lot of friends who play it and they love it. ‘Jerry, you would love it. It’s a very challenging game.’

“Yes, I’m sure that it is. It’s also challenging to throw a Tic-Tac 100 yards into a shoebox.

“In the fantasy mind of the golfing father, the family will come running out to hear the exciting stories of his golfing adventures. In reality, no one is even aware that he has left or returned. From 8 ½ hours of idiotic hacking through sand and weeds while driving drunk in a clown car through a fake park. Nonetheless, the father remains proud, dressing in bizarre outfits around the house on the weekend.”

It’s clear, however, that among the majority of his peers in the upper echelons of comedy, he’s in the minority when it comes to successful Hollyw00d types and the game of golf.

During a “Single Shot” segment of his series, Comedians In Cars Getting Coffee, the topic of golf seems to come up quite a bit. You can see Seinfeld’s bit coming together in the interactions he has with his friends as they discuss the game.

Plus, it’s always fun to hear some of the funniest people on the planet talk about the game that we all love and enjoy.