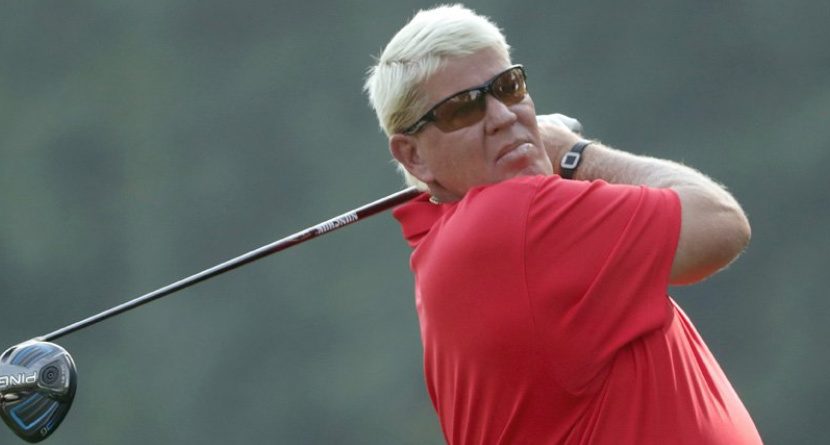 John Daly may be a legend, but even superman isn’t prone to flight cancellations.

Daly, who normally lives the dream by traveling by bus with a portable jacuzzi from Champion’s Tour event to event, was scheduled to fly Delta Airlines on Monday until his flight was cancelled due to a system-wide power outage stranding thousands.

He was scheduled to arrive Tuesday at Scioto Country Club in Upper Arlington, Ohio for this year’s U.S. Senior Open Championship.


“I got Delta’d like everybody else, that’s what we’re calling it,” Daly joked Thursday afternoon after shooting an even-par 70, according to Golf.com.

Big John can promote anything. However at this point, it appears no contract negotiations are in the works with the airline.

He arrived Wednesday safe and sound with clubs, luggage, and probably a few 30-racks in tow.

Daly missed the cut by 4, shooting 70-81. While it isn’t clear if the flight cancellation had anything to do with the MC, we’re just going blame it on the whole ordeal.

Count on Big John driving his RV to the next event he plays. It’s much easier to transport a portable jacuzzi anyway.