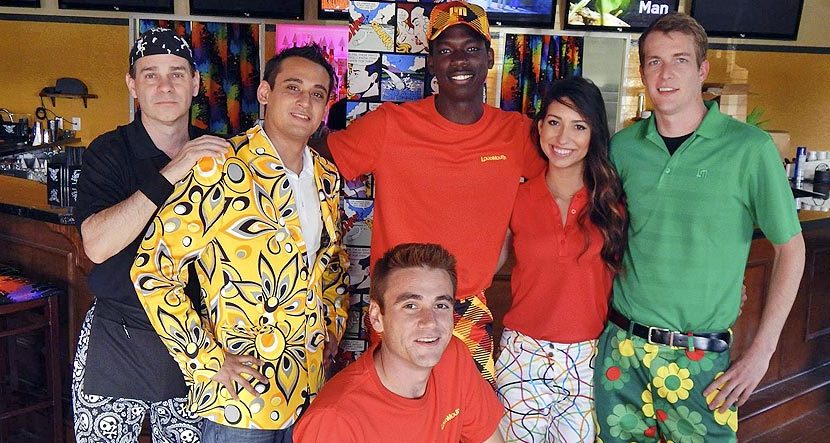 Loudmouth is now trying to fill your big mouth.

The popular golf lifestyle and apparel brand opened its first Loudmouth Grill restaurant over the weekend in Orlando. According to owner Tommy Naddeo, the new dining facility will offer a fun atmosphere where guests can enjoy the colorful, carefree lifestyle with both a fashion and dining experience.

“We want every guest to feel like a friend in our home. We can promise top-notch service, great food, and of course lots of fun … the Loudmouth way,” Naddeo said in a press release.

Loudmouth golfer John Daly took part in the restaurant’s grand opening festivities. “Long John” even retweeted a picture with some of the staff members while showing off his latest new fashion design and signature drinks in their kitchen.

Daly also did some photobombing:

Chris Kirkpatrick from ‘N Sync also dropped by to check out the new digs:

Loudmouth Grill not only offers flavorful lunch and dinner menus, it also includes some of Daly’s favorite dishes, and more from other celebrities. The restaurant also serves an array of cocktails, signature drinks and handcrafted beers.

Of course, the restaurant also boasts a very unique décor. Splashed with vibrant and bold colors, the interior features some of Loudmouth’s most popular patterns, like “Crak” on some pillars and “Disco Balls” on the walls. Also on the walls are memorabilia from some of Loudmouth’s famous celebrities and athletes who have worn and loved their clothes for years.

Loudmouth Golf CEO Larry Johnson said the restaurant is part of the company’s growing portfolio of licensing deals, with the likelihood of more locations opening up in other parts of the country in the future.