John Daly: Inside the Lion’s Den 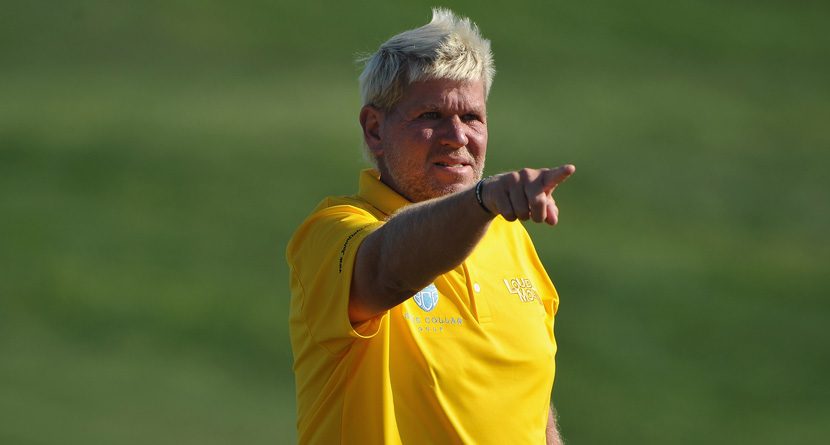 Golfing World recently visited “The Lion” John Daly at his awesome home in Arkansas to interview the two-time major champion about his life and career. As you can see by the video below, Big John sure wore his Sunday best in preparation for the camera.

You see that wall behind Johnny? That’s a mural depicting his British Open victory in all his mullet-wearing glory. It is truly spectacular in so many ways.

Daly is a huge Dallas Cowboys fan, as evidenced by the hat and t-shirt he donned for the interview. I’m perfectly fine with showing your support for an NFL team at any point. What I’m not OK with is socks with sandals. Come on, JD. Friends don’t let friends wear socks and sandals. It’s an epidemic.

Some other amazing Daly nuggets we mined from this interview: