Daly’s 1995 Claret Jug Up For Auction 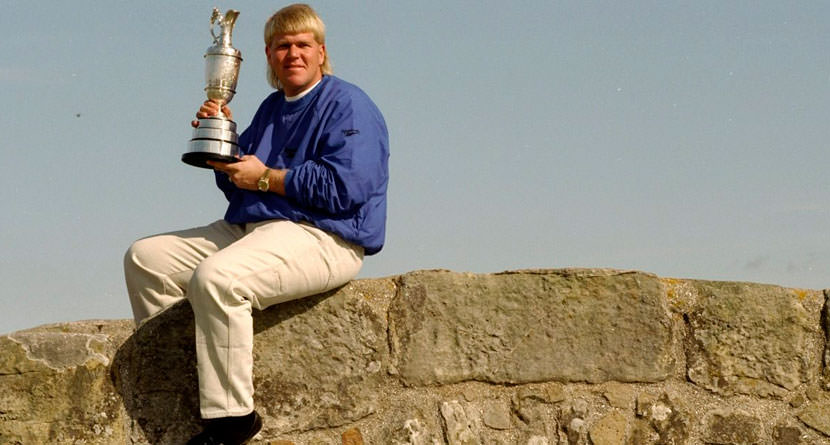 John Daly is one of the most iconic golfers of the last 30 years. Long John’s entire story and career can be used as a cautionary tale, but his relatable nature has endeared golfers the world over to him.

If you feel that connection with Daly, there’s no better time to show off that fandom because Heritage Auctions is making the spoils of one of his two biggest golfing accomplishments available for auction.

If you ever wanted to own a valuable piece of golf history with John Daly’s name attached to it, now is your chance.

Heritage Auctions is selling the Claret Jug Daly won at the 1995 British Open at St. Andrews. It was Daly’s second major title, which he won by beating Costantino Rocca in a playoff.

If this all sounds a little too familiar, that’s because it is. Green Jacket Auctions tried to sell this exact Jug in 2016, but the item was removed when Daly hopped on Twitter to clarify that he still had it in his possession.

Heritage Auctions wrote in a recent post that “there is no ownership controversy today, and that this is indeed the one and only Daly Claret Jug available to the collecting public.”

The listing stresses that there is controversy surrounding this jug and that two were made after his win. It would appear as if this is the one that Daly believed to have been donated to the St. Andrews Museum. Here is what the bidding looks like at the time of publishing.