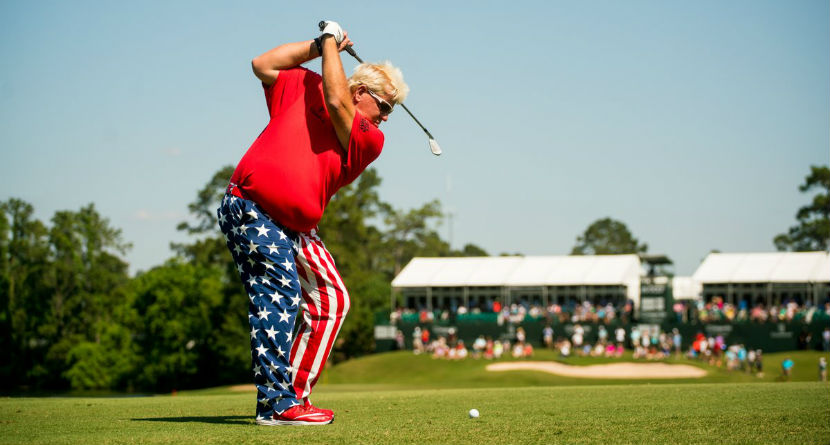 Grip it and rip it, America! On Wednesday, John Daly and his family made a special trip to the White House and made the most of it, getting a photo op with President Donald Trump and Speaker of the House Newt Gingrich in the Oval Office.

Daly is in town for the PGA Tour Champions Constellation Senior Players Championship in nearby Baltimore, Maryland and made the stop to visit a “great friend,” who also happens to be the 45th President of the United States.

Great Day at the White House seeing one of my grt friends @realDonaldTrump whose Making America Great Again! #POTUS ???????????? pic.twitter.com/Gnlx9lxMj6

Great to also see the Speaker of the House walk in @newtgingrich & Author of New York Times #1Seller #UnderstandingTrump ???????????? pic.twitter.com/sKDo3iow4u

Daly has been a vocal supporter of President Trump since the beginning of the campaign. In case you’re wondering, yes, that’s a Loudmouth dress shirt he’s wearing.

Trump even sent a congratulatory tweet after Daly won his first PGA Tour Champions title back in May at the Insperity Invitational:

Congratulations to @PGA_JohnDaly on his big win yesterday. John is a great guy who never gave up – and now a winner again!