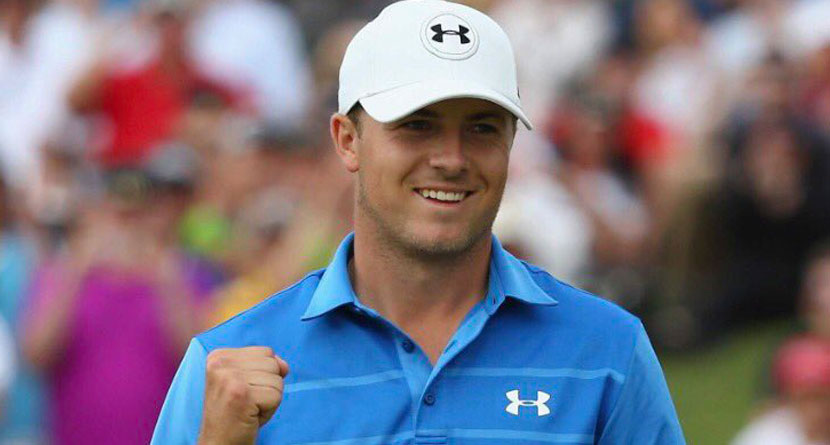 Jordan Spieth’s accolades have come fast and furious since he burst onto the scene in 2013. The 23-year-old Texan has won 10 times on the PGA Tour, including a pair of majors. The only other golfer to ever win 10 times on Tour before their 24th birthday was Tiger Woods, so Spieth is used to being a part of some exclusive lists.

He joined another exclusive and prestigious list earlier this week when Forbes named him to their 10 Highest Paid Athletes Under 25 list joining the likes of Neymar, Kyrie Irving, Anthony Davis and Myles Garrett. Spieth ranked second on the list, earning $34.5 million from on-course money and endorsement deals in 2017.

Forbes.com’s Kurt Badenhausen compiled the list. Here’s what he had to say about the No. 3 player in the world.

Spieth was the youngest in the top 100 for two straight years before Andre Drummond this year. Spieth turns 24 on July 27, yet has already banked more than $100 million on the PGA Tour from prize money, appearances and endorsements.

Spieth remains an incredibly marketable star with 10 endorsement partners like Under Armour, AT&T, Coca-Cola, Titleist and Rolex. His latest deal is with General Mills brand Wheaties. He is the fourth golfer to appear on the cereal boxes, joining Arnold Palmer, Jack Nicklaus and Tiger Woods. Under Armour debuted the first Spieth signature golf shoe this year with a four-city global tour that kicked off in Tokyo in January. He earned $29 million from sponsors and appearances over the past 12 months.