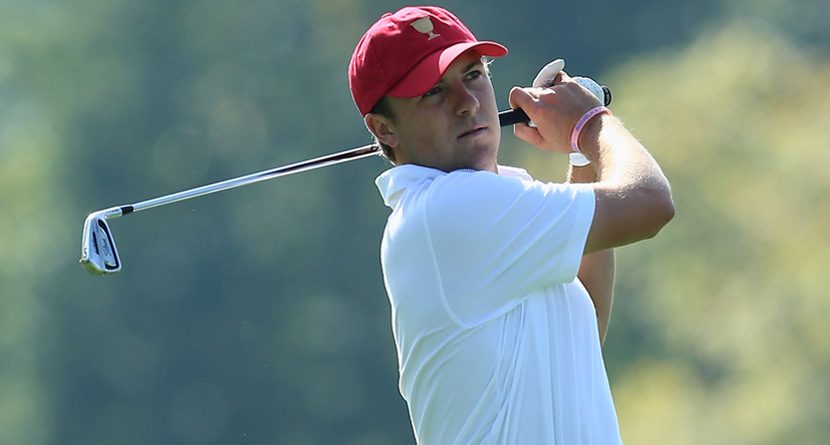 Can Jordan Spieth do anything wrong on a golf course these days?

The 20-year-old Presidents Cup rookie, who will be the youngest American ever to compete in the event, sank a hole-in-one on the 12th hole during the practice round Wednesday. Davis Love III, one of captain Fred Couples’ assistants, shot video of the wunderkind picking up his ball from the cup:

Had an Ace today! Tiger didn’t care.. he birdied the next 2 on us. Ready to tee it up with #theSavage by my side

No wonder seemingly every guy on the U.S. squad wants to get paired with Speith as they take on the international team this week. He’s been killing it on the course – 53-under-par over his last five tournaments, which obviously doesn’t include stellar practice rounds.

Veteran Steve Stricker will get the nod, as Couples made his first picks Wednesday afternoon.