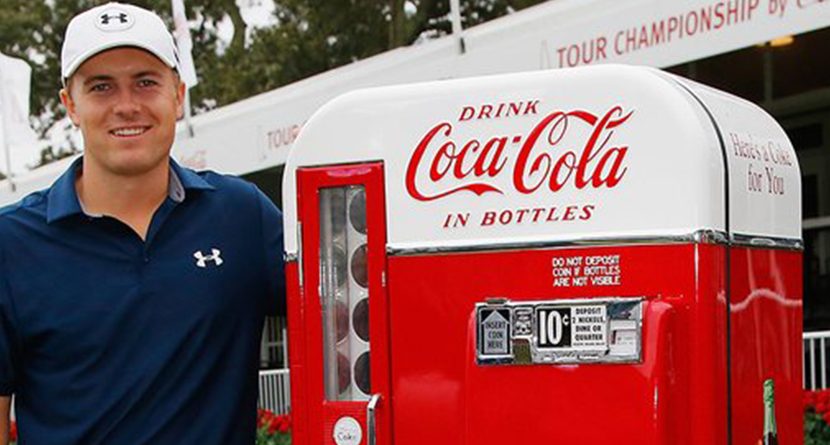 Everyone wants a piece of Jordan Spieth, and Coca-Cola is the latest global brand to hitch their wagon to the No. 1 player in the world.

Jordan Spieth has signed a massive deal with Coca-Cola, brand puts him on level of LeBron & Taylor Swift https://t.co/M8KUgPz35g

Rovell reported that despite ranking among the top three or four endorsers under the brand’s umbrella — LeBron James, Taylor Swift and Jennifer Aniston were the others he mentioned — Spieth would not be sporting the Coca-Cola logo on any on-course equipment, clothing or otherwise. While no specifics of the multiyear deal were released, Rovell said that Spieth’s deal is expected to be on par with that of James, which is rumored to be worth around $2 million per year.

“As a Coca-Cola brand ambassador, I look forward to bringing greater awareness to the sport of golf globally and engaging with fans in exciting new ways,” Spieth said in the release. “It’s a special brand with a rich history, and I couldn’t be more excited to be a part of that history.”

Proud to join Team @CocaCola and partner with such an iconic American brand. https://t.co/Nf3dhz9fCU