Spieth, Curry, Obama Play Round of Golf in Dallas 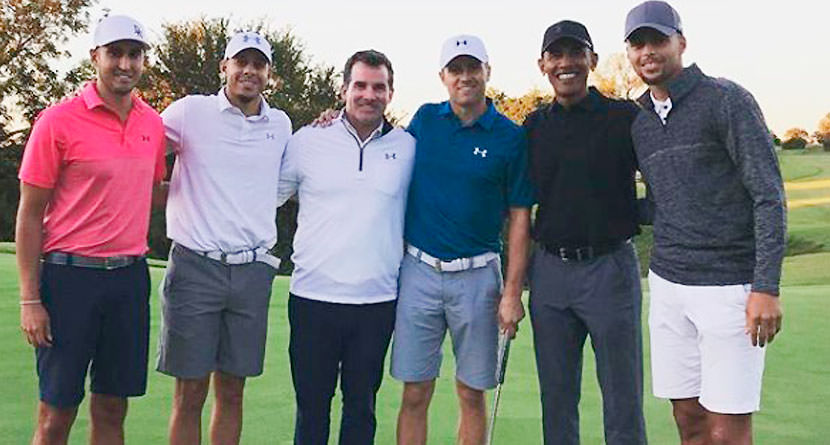 Once every blue moon, the schedules of world-famous golfers, basketball players, CEOs and former presidents align and something amazing happens: they play golf together. That’s precisely what happened on Sunday near Dallas.

While the PGA Tour and Justin Thomas were wrapping up the inaugural CJ Cup @ Nine Brides on Jeju Island, South Korea, Jordan Spieth was teeing it up with some pretty heady company.

Golf.com’s Sean Zak relayed the reason for each member of the star-studded six-some being in the area.

While Justin Thomas finished off yet another victory at the CJ Cup in South Korea, Jordan Spieth finished off a memorable round with the likes of Steph Curry and Barack Obama.

Curry was in Spieth’s hometown of Dallas for the Golden State Warriors Monday night game against the Mavericks. His younger brother Seth, though banged up, plays guard for the Dallas squad. Obama was in the Lone Star State with former presidents to support the cause for those affected by this summer’s hurricane season.

When the stars align, and you get Under Armour CEO Kevin Plank and Jerry West’s son, Johnnie, well, you’ve got one incredible six-some.