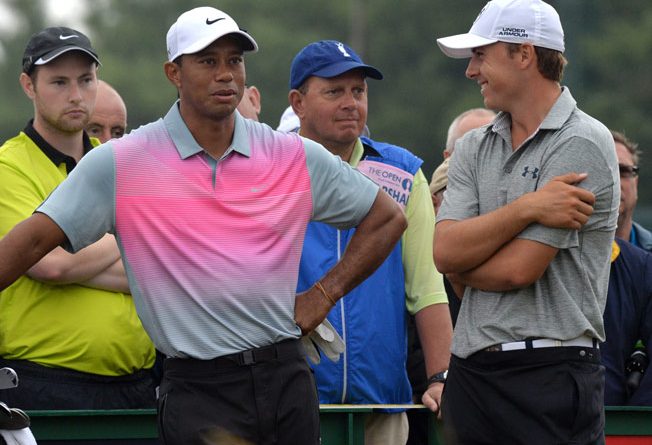 Coming off of an impressive eight-shot victory at the Hyundai Tournament of Champions on Sunday, Jordan Spieth became just the third player in PGA Tour history to win seven or more times by the age of 23. The others? Tiger Woods and Horton Smith.

No offense to Mr. Smith, but it was Woods against whom the inevitable comparisons came. Another stoke to that fire came earlier this week when, for the first time in 13 years, Woods did not top Golf Digest’s all-encompassing earners list for 2015; Spieth did.

The list takes into account the easily accessible and accurate on-course earnings made public by the PGA and European Tours as well as a well-researched guesstimate of players’ off-course earnings, which is funded primarily by sponsorship dollars.

Spieth’s $23,030,465 in on-course earnings was largely supplemented by his $10 million pay day from the FedEx Cup playoffs, but his $30 million in off-course earnings is similarly as impressive. For comparisons sake, Mickelson made just $2,301,730 on the course and relies upon his $50 million stake off of it to keep him relevant on the list. That Woods still placed third overall only making just over a half million dollars on the course speaks to his continuing marketability.

Spieth’s place on this list in the future will rely largely upon his ability to make money off the course. The guys who populate the top of the list don’t have their on-course incomes ranking anywhere near Spieth’s 43% percent stake. His deal with Coca-Cola and others in the pipeline, should vault that $30 million off-course number up into the $37 million to $40 million neighborhood where McIlroy and Palmer live, respectively.